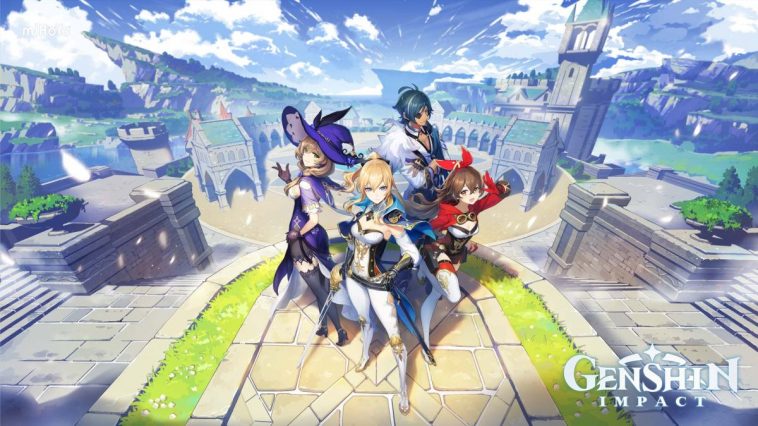 Genshin Impact is a free-to-play action-adventure game developed by Chinese publisher miHoYo, taking place in a fictional world called Teywat, full of monsters, dragons, magic, and other elements. Since its release in app stores on September 28, it has attracted a great deal of worldwide attention among gamers, making it the biggest international launch ever in Chinese game market.

– As of Q1 2022, Genshin Impact generated 118 million downloads globally across the App Store and Google Play.

– Genshin Impact was the most talked about video game on Twitter in 2021. The game was also among the most searched games worldwide on Google in 2021. 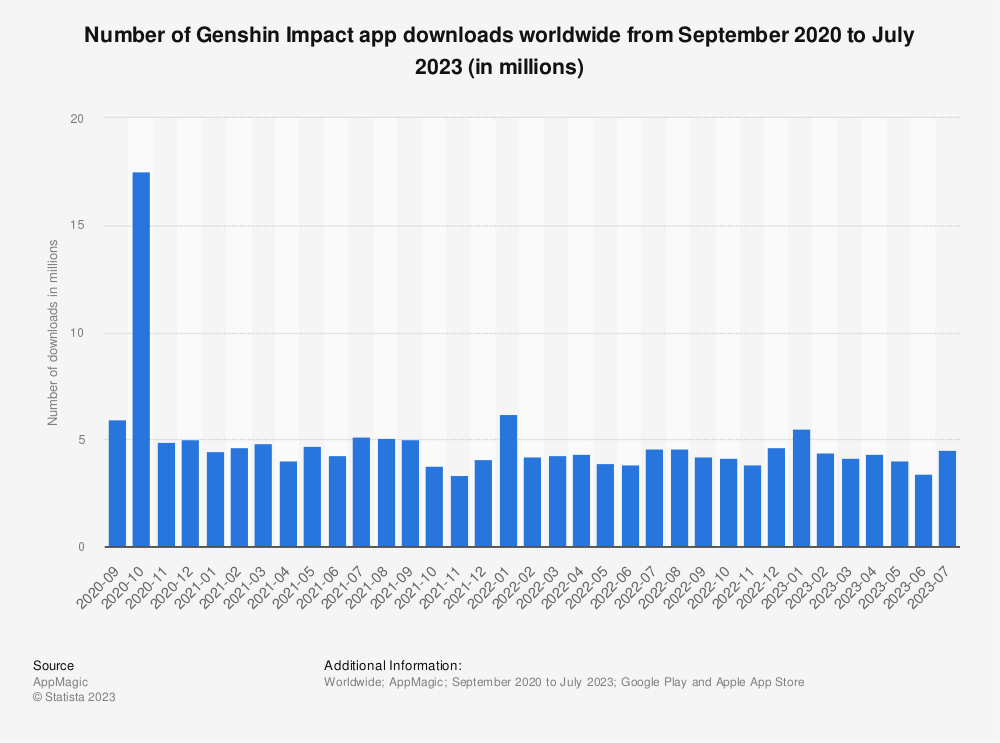 – Before its global launch, 5.3 million people pre registered to the game outside of China. (South China Morning Post)

– Hours after its launch, Genshin Impact reached more than 110,000 concurrent viewers on Twitch, making it more popular than Fortnite for the day. (South China Morning Post)

– September 2022: Genshin Impact has generated $3.7 billion from player spending across the App Store and Google Play in its first 2 years, making it No. 3 revenue-generating mobile game worldwide. (Sensor Tower) In the second quarter of 2022, the game generated $413.5 million, up 28% year-over-year.

– Genshin Impact was among the 8 titles that generated over $1 billion globally across the App Store and Google Play in 2021, with $1.8 billion.

– Genshin Impact has generated approximately $2 billion in worldwide player spending across the App Store and Google Play in the year following its official launch on September 28, 2020, according to Sensor Tower. During its first year, it was the No. 3 revenue generating mobile game globally, not including spending through third-party Android stores.

– As of March 2021, Genshin Impact revenue (on mobile) surpassed $1 billion in less than six months following its official launch. China ranked as the No. 1 market for spending in the mobile version of Genshin Impact, generating $302 million till March 2021 from its launch, or 29.5% of global player spending, via iOS alone. (Sensor Tower)

– Genshin Impact has generated around $60 million in player spending on Google Play and the App Store in its first week, above PUBG Mobile. (Sensor Tower)

– 42% of the game’s player spending revenue of its first week came from China, close to $25 million. (Sensor Tower)

– The game generated $1.84 million on the App Store in its first four day. (GameIndustry.biz)

– Genshin Impact, known as the “Breath of the Wild” clone, has become “the biggest global launch of a Chinese mobile game ever” and generated over $100 million in its first month alone. (EuroGamer)

– The App Store accounts for 70% of player spending in Genshin Impact, making up $42 million of revenue globally. Google Play, while, accounts for approximately $17.7 million, or close to 30 percent of spending. (Sensor Tower)

– In China, Genshin Impact brought $25 million in mobile spending on the App Store, with Google Play not available in the country. (GameIndustry.biz)