What is League of Legends?

Developed and published by Riot Games in 2009, League of Legends (aka LoL) is a teamwork multiplayer battle arena game where two teams of five powerful champions try to destroy each other’s bases.

It is an online game that combines the excitement of competitive strategy games with elements of role-playing games. League of Legends is a game that players of all skill levels can play for a long time without getting bored with its constantly diversified champions, frequently updated content and lively tournament environment.

What is Wild Rift?

League of Legends: Wild Rift is a free-to-play multiplayer online battle arena mobile game developed and released by Riot Games in October 2020 for Android and iOS.

+ As of 2022, League of Legends has 180 million monthly active players, according to League Feed.

+ According to Playercounter, the number of concurrent League of Legends players on all devices was between 2 million and 3 million in February 2022.

+ In January 2022, people watched 184 million hours of League of Legends gameplay with an average of 248,000 viewers on Twitch. 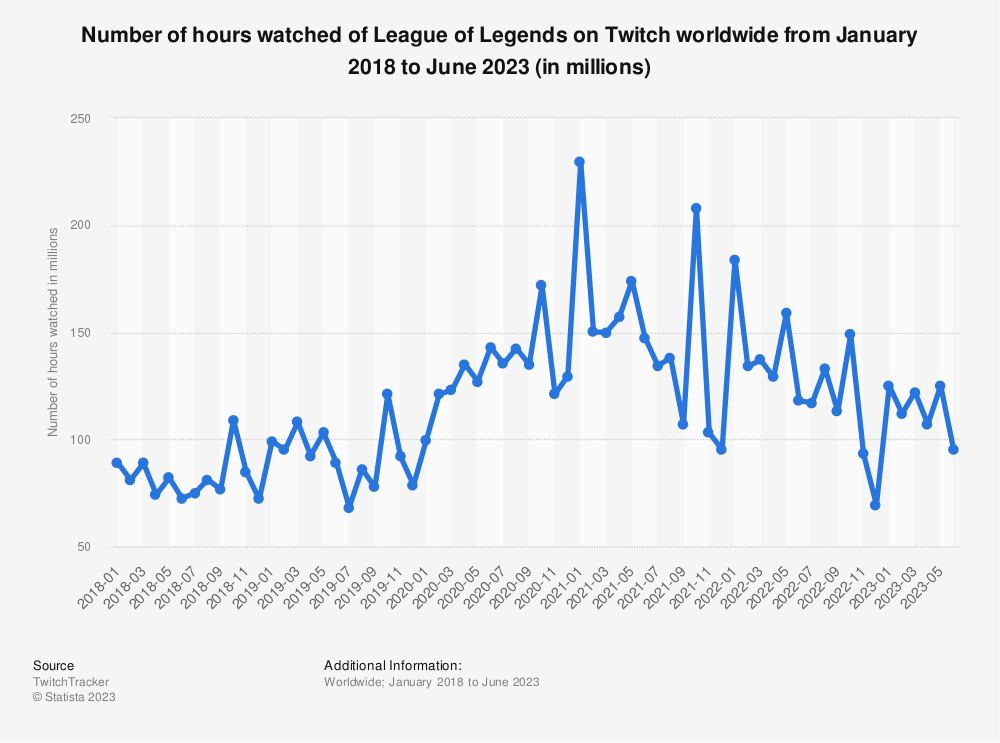 + League of Legends generated $1.75 billion in revenue worldwide in 2020, becoming one of the top 10 revenue-generating free-to-play titles in 2020.

+ As of September 2022, Wild Rift generated more than $750 million in global player spending, with China ranking as the top revenue generator for the game. (Gamesindustry.biz)

+ As of July 2022, League of Legends: Wild Rift surpassed $500 million in global player spending. The game ranked as the #2 revenue-generating MOBA in the first half of 2022, accumulating approximately $218 million. It is Riot Game’s third and most successful foray into the mobile industry. (Sensor Tower)

+ As of July 2021, League of Legends: Wild Rift generated $64.7 million in global lifetime player spending, accounting for close to 60% of Riot’s mobile revenue. 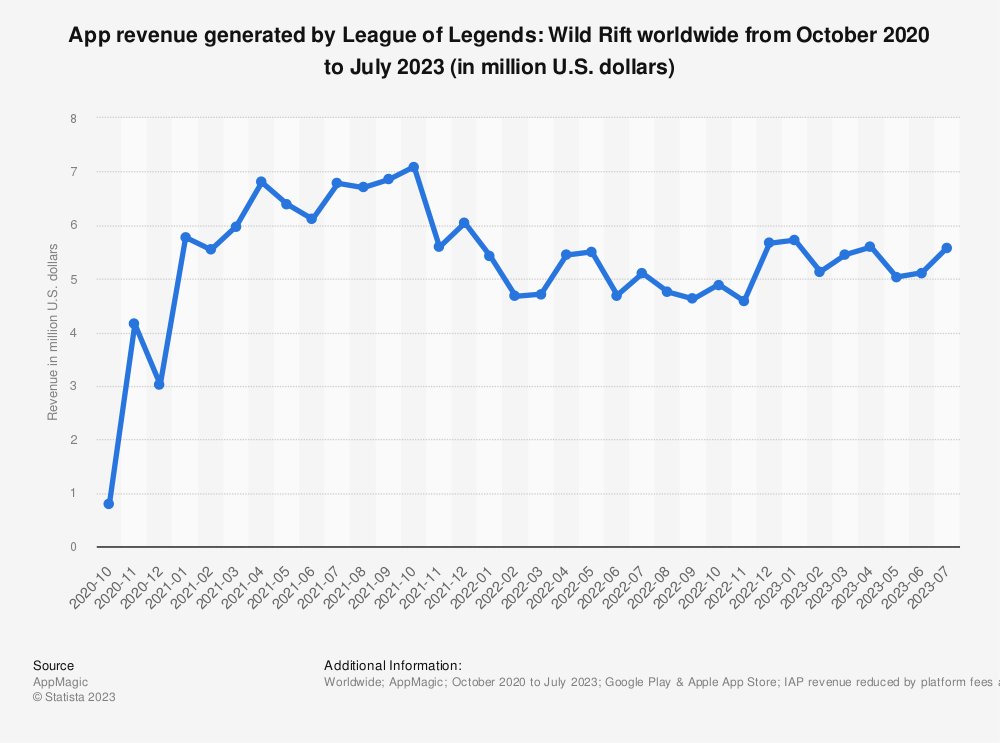 + In November 2021, League of Legends Wild Rift generated around 1.63 million app downloads worldwide across the App Store and Google Play. 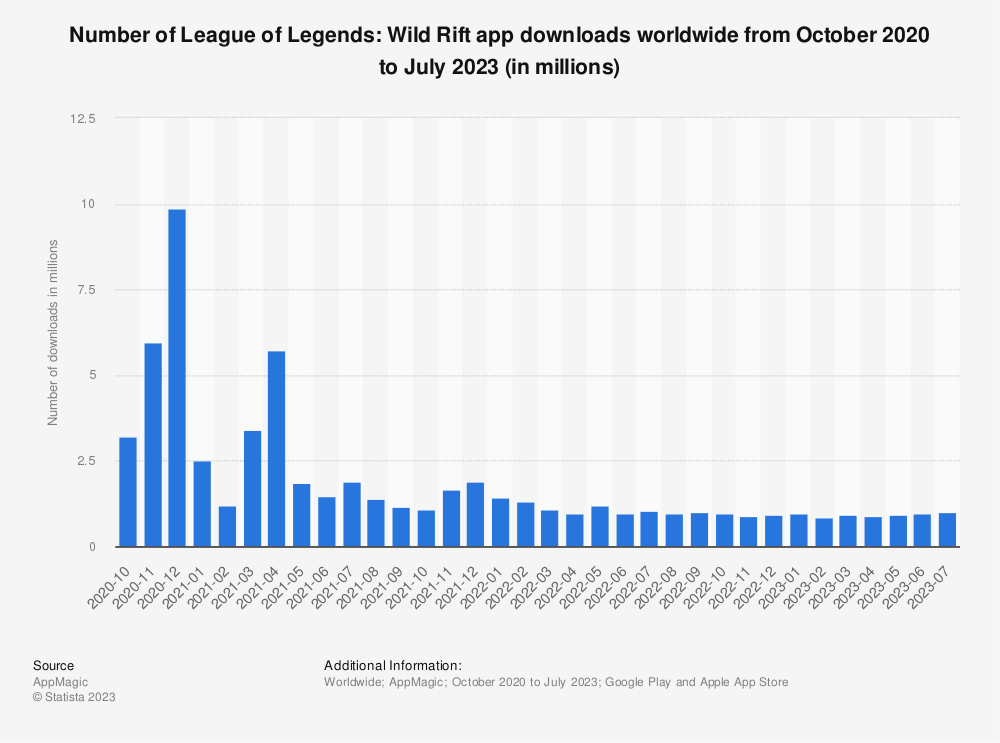 + The revenue from Riot Games’ three mobile games (League of Legends: Wild Rift, Teamfight Tactics, and Legends of Runeterra) hit a new high in Q2 2021, generating a combined $36.5 million, up more than 50% from Q1 2021, and representing a 3.4 times increase year-over-year.