The effects of League of Legends, which has created a whole universe for itself, millions of players all over the world and a completely different culture, still continue. If, as a League of Legend fan, you want to try alternatives, in this list, you will find the top games like League of Legends.

Although Valorant, the latest favorite of Riot Games,and League of Legends are two games in completely different lanes, LoL fans will find something to appeal to them in this production. In Valorant, Riot Games has spoken the style we love very well and has produced a great competitive FPS game. If you haven’t tried it yet, now is the time!

Riot Games heralded the mobile version of Valorant in June 2021 but there is not an official release date yet.

Here is another Riot Games game that League of Legends lovers will love! Moreover, this time there are League of Legends characters in the lead role. With Teamfight Tactics, where you can make your strategic intelligence speak, you can dominate the arena in a completely different way this time.

We don’t know how you are with card games, but Legends of Runeterra is a pretty good option to step into the genre. Moreover, some of the characters we know very well will take their places in the decks you line up throughout the game and accompany you.

Of course, Dota 2 is inevitably included in the Top Games Like League of Legends list. Aside from the sometimes heated debates between Dota 2 and League of Legends fans, you should definitely take a look at this timeless classic from Valve. With thoughtful characters, an entire universe, and refined gameplay, we guarantee you’ll be instantly hooked.

Unlike other games on the list, Arena of Valor, which you can play on your mobile devices, gives a familiar feeling and opens the door to a brand new experience. It is one of the productions you should try on your mobile device with its carefully created characters, eye-catching graphics and easy to get used to gameplay mechanics.

It wouldn’t be wrong to say that SMITE is the third-person camera cousin of League of Legends. Moreover, the character pool, which includes gods and mythological characters from many cultures of the world, is enough to make the game even more interesting.

Heroes of the Storm

A Blizzard twist on the MOBA genre! If you like League of Legends, HOTS might be just the thing for you. Because, if you haven’t tried HOTS, which includes the characters we know from Blizzard’s other games, as well as the innovations it brings to the genre, you should give it a chance.

As a Riot Forge game, Ruined King: A League of Legends Story takes you to different corners of the League of Legends universe with a wonderful story. The game, in which popular characters such as Yasuo, Miss Fortune and Braum are our companions along the way, is one of the productions that can make you love the genre even if you are far from the turn-based combat system.

You can partner with Paladins in epic battles of heroes with different characteristics. The production, which never lowers the level of excitement with its up-to-date structure, is one the best games like League of Legends.

Enter the arena and fall straight into the lap of the action! Promising a full-fledged action experience with its different characters, Battlerite also knows how to reveal its own style, although it is one of the games like League of Legends in many aspects.

If you are one of those who cannot give up the MOBA genre, Heroes of Newerth will be the production that comes to your rescue. Tacticity is also at a very high level in the production, which is put forward by an experienced team. 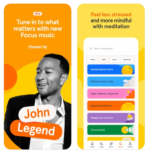