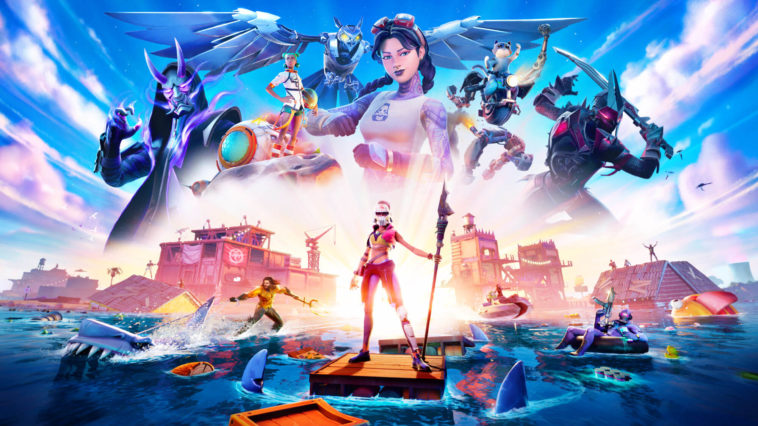 The demand for ‘Survival’ games is increasing day by day. Especially the ‘Battle Royale’ craze, which started with H1Z1 and PUBG, has greatly increased the demand for survival games. As a matter of fact, at a time when the demand is at such crazy levels, game developers have released hundreds of copies of each other, and they continue to do so.

Therefore, with such a ‘game pollution’ in survival games, it is getting harder for players to reach good games day by day. That’s why we have brought together the best free survival games that can be easily played by those who already love this genre or want to experience it for the first time.

If there are free or paid survival games that you also enjoy playing, you can write them in the comments.

Grim Soul offers a different atmosphere and gameplay for those who love survival games. Although you are surrounded by zombies again, this time medieval mechanics and items are involved.

Therefore, if you are tired of the epidemic fictions that take place today or in the future, you can give this game a chance.

Rebel Inc. came out of the team that made Plague Inc. At Plague Inc., you organize a global epidemic, while at Rebel Inc. you are the political leader. Your goal is to ensure social and economic welfare. Although the game may seem simple as in Plague Inc. at first, it is actually quite difficult. So you will have to spend some time. If you want to play strategy based survival games, Rebel Inc. is cut out for this job.

Epic Games’ Fortnite Battle Royale turned into a battle royale game over time and soon reached large audiences. Fortnite Battle Royale, one of the most popular games in the world at the moment, offers an impressive ‘survival’ experience to its players on console and mobile platforms, especially PC players.

Last Day on Earth: Survival is an apocalyptic zombie-themed survival game. The game, which is very popular among mobile survival games, offers more than a mobile game with its crafting system and other features.

Released on Steam in 2019, Stay Out can be considered among the best survival games that can be played for free, although it creates confusion for people. That’s why it’s good to give the game a chance.

There was Dead Trigger 2 when there was no proper game in the mobile FPS genre. The game has been popular since 2013 and receives updates that renew and improve itself in terms of gameplay and mechanics. If you are tired of PUBG Mobile and its derivatives, you can give Dead Trigger 2 a chance.

theHunter Classic is a hunting game set in an open world, developed and released by Avalanche Studios. All you have to do is hunt animals in an unpleasant way and survive during this time.

Yes, ARK: Survival Evolved is actually a paid survival game. But only on console and PC. Developed by Madfinger Games on Unity, ARK: Survival Evolved can be played for free on the App Store and Play Store. Of course, it is not possible to access the PC and console survival experience on mobile. But still, it’s worth giving the game a chance. In addition, the game’s score on these platforms is also quite high.

Realm Royale also joined the trend in 2018, which started with PUBG imposing the battle royale genre on the whole world. The game, which made a lot of noise when it first came out, especially impressed the players who love cartoon works thanks to its strange chemistry and mechanics. The game, which has received various updates over time, is among the best survival games that can be experienced for free.

This game, which will be loved by those who play Last Day on Earth: Survival and Grim Soul: Dark Fantasy Survival, has similar themes. Strange creatures are waiting for you in the game, where you gradually move into settled life starting from gathering.

LifeAfter: Night falls is also a zombie game like Last Day on Earth: Survival. You are struggling to survive among people who have turned into zombies after a great epidemic. In these pandemic days, one of the best free survival games to experience is LifeAfter.

Developed by Bethesda Game Studios, the maker of Fallout, this bizarre game has a huge fan base. This game, which is a construction and management simulation, offers the experience of survival in a different concept. The game is available on many platforms besides Windows PC.

Westland Survival – Cowboy RPG, released by Helio Games, is not as well known as the other free survival games on the list. The game, whose number of users has increased in many countries with the days of the pandemic, is one of the best survival games.

With PUBG Mobile reaching a large player base in many worlds including our country, Activision collaborated with Tencent Games, which also develops and publishes mobile versions of PUBG, and released the mobile version of Call of Duty.

If you are bored of PUBG Mobile and want to play a battle royale game with different mechanics, you can try CoD Mobile.