Game makers continue to improve themselves and release new games every day, due to the increase in smartphone hardware and quality and the inability to prevent the game craze lately. In this list, we have brought together the best high graphics Android games for gamers who want to maximize their gaming enjoyment on their mobile devices.

Released in the last months of 2018, Asphalt 9: Legends stands out with interesting control options such as TouchDrive in addition to its excellent graphics. If you like the racing genre, you should definitely give the game a chance, which also won the best audio / video and design awards in the past years.

ARK: Survival Evolved, which has a mobile version recently, is also available for PC on Steam. You need at least 3GB of RAM and a mobile device with Vulkan support for the game, which has sadly high system requirements. With the improvements to be made, you will plunge into a great adventure with the dinosaurs in the game, which can be made playable for lower systems in the coming days.

Unkilled, a multiplayer zombie hunting game, draws attention with its different game types such as PvP. More than 30 million people play the game, which offers more than 150 missions in the story mode.

Now mobile games can also enter the esports class, and Modern Combat 5 in the FPS genre is one of the best examples of this. This game, which you will have fun with your friends with its multiplayer mode, received a passing grade from most of the critics.

Next in our list of the best high graphics Android games is for football fans. The game, which is the mobile version of the legendary football game Pro Evolution Soccer 2019, is very successful as a mobile game, although it cannot offer as good an experience as the computer or console versions.

Garena Free Fire is a battle royale game. While it differs from others with some of its features, the most striking thing is that you will struggle to survive against 49 people for 10 minutes.

The aim of this game, which will be liked by those who like simulation games and those who are interested in vehicles, is to repair cars. The game, which is also available on the Steam platform, is one of the best high graphics Android games.

Leo, a really cute fuzzball trying to find his stolen gold, is here with 24 different levels of adventure. You’ll need to be quick while escaping quickly to progress through the levels, and there will be traps you need to solve. You can admire the graphics of the game, where deserts, forests, snow mountains and many more different environments are played.

In Gods Of Rome, which is quite remarkable with its 3D graphics, amazing effects and animations, you will control Roman gods, monsters, heroes and many more legendary warriors from the Ancient Age. This fighting game, which you will like very much, is a Gameloft product.

Gods of Rome on Google Play

Dead Trigger 2 is considered one of the best zombie shooting games of recent times. In the game where you will have more than 50 weapons to shoot zombies in your arsenal, you can also get side tools to help your mission along with a nice system to upgrade your weapons. In addition, different places created with high quality graphics are also available in the game.

Airline Commander offers gamers a very realistic flight simulation. The runways and planes in the game, which offers two different flight possibilities, a complete simulation and a slightly easier assisted mode, are very close to reality. 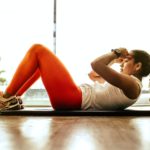