What is Honor of Kings?

Developed by TiMi Studios and published by Tencent in 2015, Honor of Kings is a multiplayer online battle arena for iOS and Android for the Chinese market. Previously named as League of Kings, Honor of Kings has become the highest grossing mobile game globally in 2021.

What is Arena of Valor?

Arena of Valor, its international adaptation, was released in October 2016 with the same game engine and UI but with altered heroes for the Western audience.

+ In Q1 2022, Tencent’s Honor of Kings was the highest grossing mobile game, generating $735.4 million in consumer spending across the App Store and Google Play.

+ In February 2022, Honor of Kings generated $225 million in global player spending, with about 95.2 percent of total revenue coming from China.

+ In Q1 2022, Honor of Kings is set to be the #3 game with the highest consumer spending worldwide.

+ As of the beginning of 2022, Honor of Kings has become the highest earning mobile game globally across the App Store and Google Play, surpassing $10 billion in total player spending. (Sensor Tower)

+ In January 2022, the Honor of Kings was the leading free game app in China with about 3.14 million downloads. (Statista)

+ Honor of Kings recorded around 28.5 million downloads across the App Store and Google Play worldwide in 2021. (Statista)

+ As of April 2021, Honor of Kings was among the leading iPhone games worldwide, with 3 million daily active users. 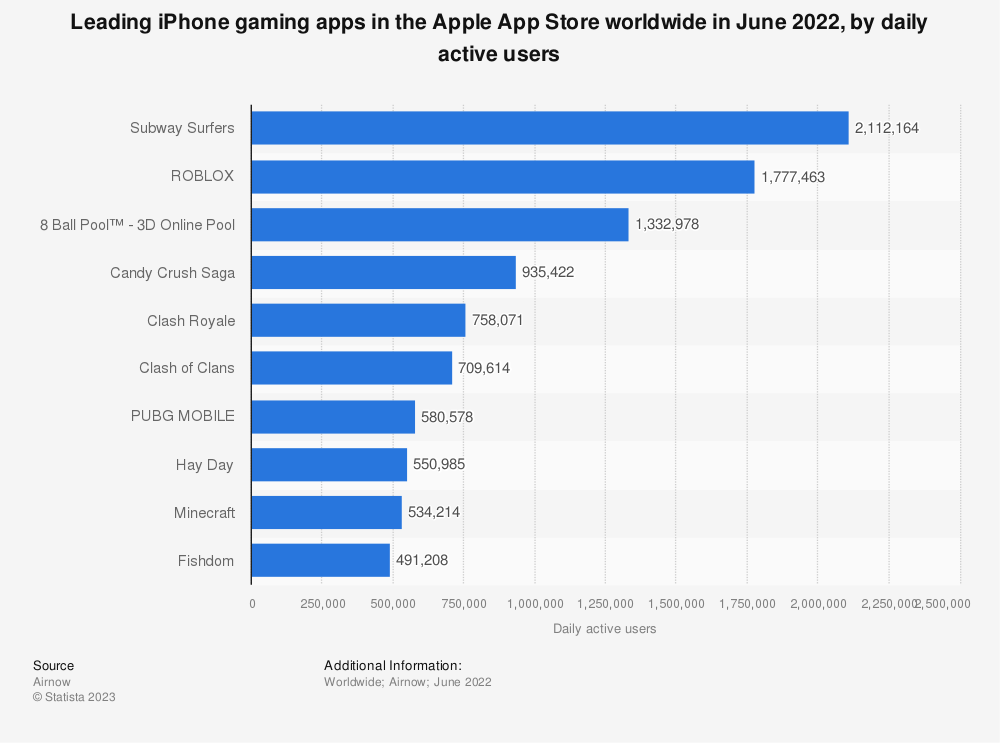