The MiHoYo’s “Breath of the Wild” inspired title has surpassed Honor of Kings ($216 million) and PUBG Mobile ($195 million) in player spending between September 28 and October 27, 2020.

China is the largest market for player spending in Genshin Impact with over $82 million to date, or 33.5% of total revenue to date, followed by Japan with close to $59 million, or 24%. While the App Store generated 58.7% of the title’s total revenue, with $144 million, Google Play accounted for 41.3%, or more than $101 million.

Before its global launch, 5.3 million people had pre registered to the game outside of China and in its first four days, Genshin Impact hit 17 million global downloads on Google Play and the App Store. 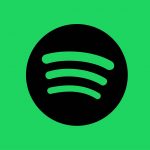