What is Google Play Store?

Designed for millions of mobile phone users with android operating system, Google Play Store is an app store operated and developed by Google, which is used to download many different applications or games to android devices, either free or paid.

Launched in October 2008, Google Play Store is the biggest app store in the world in terms of the number of apps available on the platform.

Google Play accounted for 77% of all 2 million new apps and games released in 2021.

As of the first quarter of 2021, there were more than 3.48 million mobile apps in the Google Play Store, up 10.60% as compared to the previous quarter. 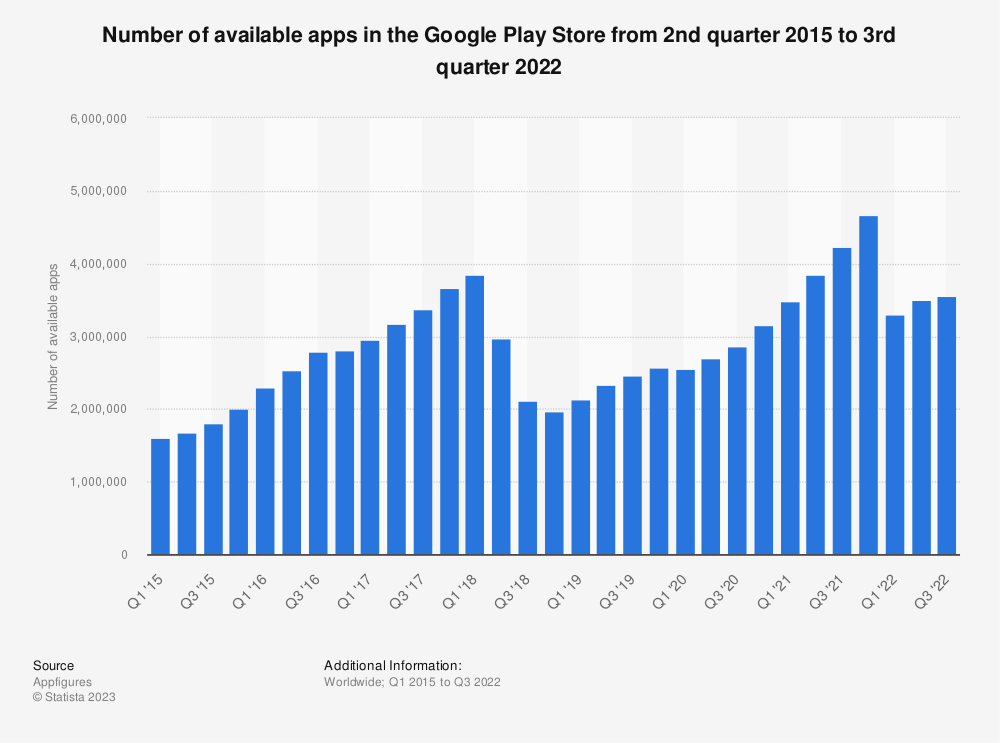 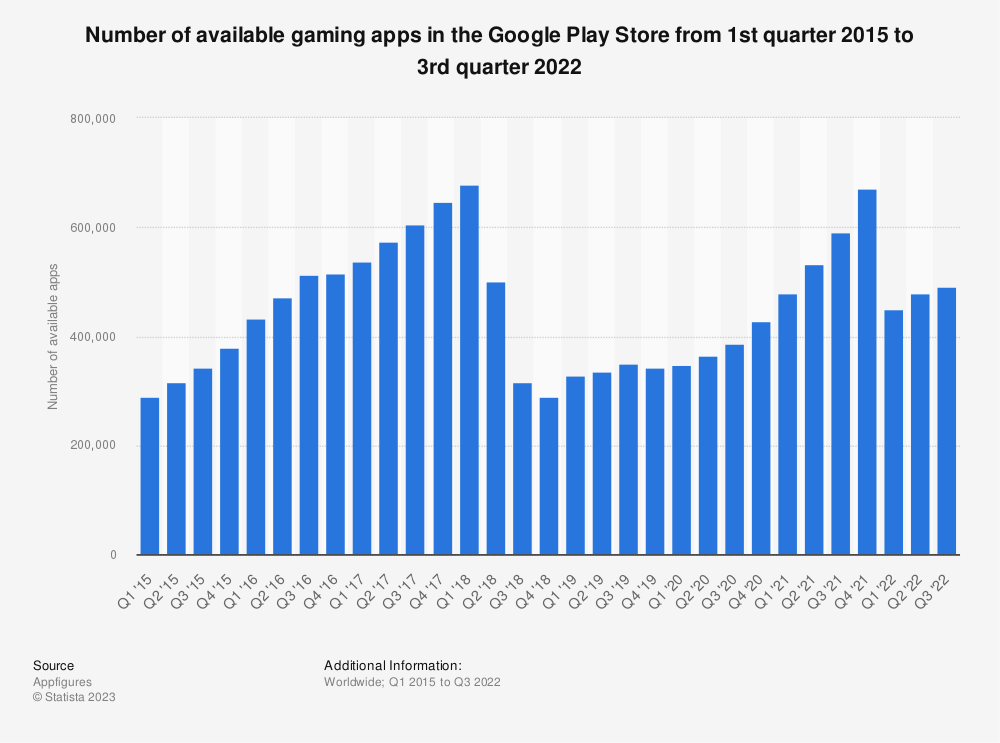 – Google Play Store will reach $85 billion in app spending with 16.9% annual growth over the next five years.

– In the first half of 2021, Google Play Store generated approximately $23.4 billion from in-app purchases, subscriptions, and premium apps and games. Google Play’s revenue in H1 2021 has grown 30 percent from $18 billion in the first half of 2020, more than 4 percentage points higher than the 26.8 percent growth experienced last year when compared to the same period in 2019.

First-time installs on Google Play climbed 6 percent year-over-year to 56.2 billion in the first half of 2021 from 53 billion in the year-ago period.

In the first half of 2021, app adoption on Google’s marketplace was nearly 3.5 times higher than that seen on Apple’s store.

In the first quarter of 2021, Google Play Store app installs surpassed 28.2 billion with a 15.3% yearly growth.