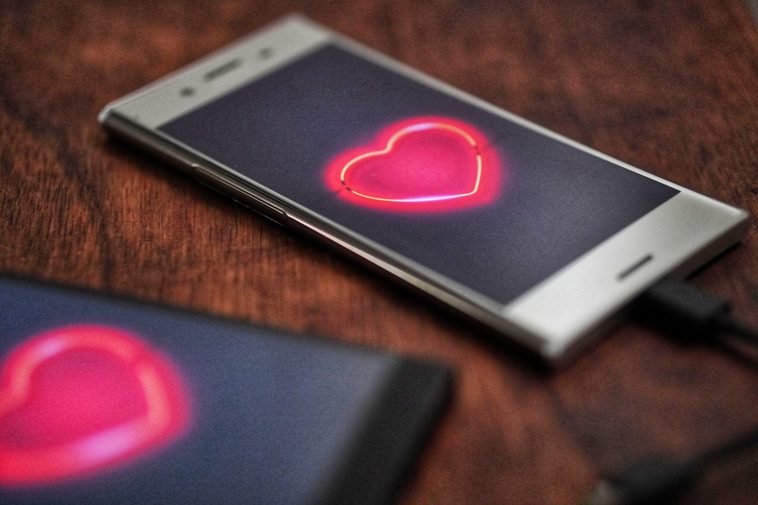 Dating app usage has increased and within 2021, it is on the rise in almost all countries. Dating app downloads reached 560 million worldwide in 2020. In the first quarter of 2021, dating apps saw 35% increase in downloads in Google Play.

It seems that this hype captured by dating apps will not stop by in the coming years. The total number of users in the online dating market is expected to amount to 441.8m users by 2024, with an expected user penetration of 5.7%.

Here you can find more dating app stats, if you want to know more about the subject.

According to Statista, as of May 2021, the best dating app worldwide based on monthly in-app purchase revenue is Tinder. It is also the most downloaded dating app in the world, with more than 6.5 million monthly downloads.

Tinder users prefer the dating app to meet new people, expand their social network, and meet locals while traveling. At the beginning of 2020, Tinder started to work on a panic button for dates gone wrong in order to improve user security.

The world’s most popular dating app sparks around 26 million matches per day. The free-to-use Tinder provides premium features with Tinder Plus including unlimited likes, global chat, giving a second chance to someone, and being the top profile in their area for 30 minutes. Users can also prefer Tinder Gold which provides all Tinder Plus features, plus Likes You feature that allows users to see who likes them and more.

Being one of the first dating apps, launched on the web in 1995, Match is among the most popular dating apps among Android users. In the first quarter of 2021, the number of paid users of Match Group was over 11.1 million, according to Statista.

The dating app helps its users to get new daily matches delivered, see who’s peeked their profile, check out profiles near them, and exchange messages. Each day, 25000 new members join Match to find a long-term relationship.

According to data provided by Match, 2 out of 3 Match first dates lead to second dates. Free-to-use dating app provides premium features for the users.

Also Read: The Best Apps for Video Chat with Strangers

With more than 1.900.000 users on Android, Bumble is one of top dating apps that help its users find friends and dates. The matchmaking app is the second most popular dating app in the US after Tinder May 2021.

It’s a free dating app where users are also offered Bumble Premium to see a rematch with expired connections and to see people who have right-swiped.

One of the most important features of Bumble Date is that women make the first move to fight against old-fashioned heterosexual relationship habits. The app has become a game changer in online dating with this feature.

Another feature of this dating app is that it also has a “BFF” feature that allows you to search for friends instead of relationships.

As one of the best dating apps, Bumble surpassed $1 billion in consumer spending as of December 2021.

Being one of the best free dating apps, founded in 2014, Clover is known for being the speediest one to arrange a date. The dating app supports straight, bisexual, lesbian, and gay relationships so if you are looking for the best gay dating app, you can give Clover Dating a try.

It is a free to download dating app  where users of Clover can filter people according to the relationship type (dating, friendship, etc), physical characteristics (height, body type, etc), profession, ethnicity, age, and more. Clover also offers a subscription package with paid features including advanced filtering options and more.

Clover launched a new Live Video Dating service in June 2020 to enable users search for dates while at home without revealing personal details and without using third party platforms.

Coffee Meets Bagel is an anti-swiping dating app for busy professionals who are looking for serious relationships. It offers more personalized matchmaking with less swiping by interpreting users’ behavior from likes and passes on a match.

The free to download dating app offers a CMB Premium subscription package where users can see people who like them, use 6000 beans to unlock special features like discovering more people, and view activity reports.

Having more than 100 million users registered, MeetMe is one of the most popular dating apps that enables users to find new dates nearby. As part of the Meet Group, MeetMe provides video chatting with locals, messaging with people nearby and around the world, and streaming, and finding people according to their interests via its mobile app.

It is a free to download dating app where users are also offered in-app purchases. The Meet Group also launched DateNight that is the first-ever livestreaming dating game offering rewards like a free $10 gift card to one of the 18 national chain restaurants to the players.

OKCupid is one of the ‘Editor’s Choice’ android dating app for users to find a match based on their interests by asking unique questions and giving personalized compatibility percentages. If you are looking for a gay dating app, OkCupid supports straight, bisexual, lesbian, and gay relationships and lets users set their pronous at registration.

As of January 2021, OkCupid is the 6th most popular dating app worldwide based on the number of monthly downloads with 448.08 thousand.

OkCubid is a free to download dating app where users are also offered premium subscription to unlock exclusive features including seeing who likes users without having to like them first, searching singles with advanced filters, and avoiding in-app ads.

Hinge is another ‘Editor’s Choice’ dating app where, according to Hinge, 3 out of 4 times Hinge users want to go on a second date. Their motto is “the dating app designed to be deleted” that shows their value proposition to let users meet people who want to get off dating apps, too.

Free members are offered to send only 10 likes per day to make the matches more meaningful. Hinge users are also offered premium subscription (Preferred Membership) with advanced filters and preferences. Premium users can also see who likes them.

In April 2021, to celebrate the easing of lockdown restrictions in the United Kingdom, popular Dating app Hinge announced that it’ll give couples who match on its platform £100 gift cards for their second in-real-life dates.

LOVOO is a one of the most popular mobile dating apps on Android where 35 million matches, 4.2 billion match votes, 8 million picture uploads, and 4200 million messages are delivered a month.

The free to download dating app offers a premium subscription package where users can avoid in-app ads, see who visited their profile and chat with them, swipe right limitlessly, send up 3 chat requests daily, keep their profile anonymous, and find people again.

Plenty of Fish, aka POF, is a mobile dating app claiming that their users are 2.7x more likely to enter a conversation within the first 24 hours. The popular dating app helps users to search for the profiles with filters based on their interests, start conversation, and meet matches who vote “Yes” to them.