One of the best meditation apps, Calm was founded in 2012 by Michael Acton Smith and Alex Tew. Reaching millions of users globally, the app has become a unicorn with its B series investment tour, which raised $88 million in 2019.

Even though the aggressive app user session increases that came with the explosion of wellness and meditation apps in the pandemic saw a serious decrease in the second quarter of 2022, Calm still has a considerable user base. In this article, we will include the most up-to-date Calm revenue and usage statistics.

According to Statista, the Calm app generated $24.85 million in in-app purchase revenues worldwide.

+ Although seeing a 26.4% year-over-year down in app user sessions in the second quarter of 2022, Calm managed to increase its revenues by 17.6% for the same quarter.

+ In March 2022, Calm was the highest-grossing health-related app worldwide, with in-app revenues of more than $7.5 million in the examined period, followed by Flo and Headspace.

Calm has raised $218 million in funding to date.

+ In the second quarter of 2022, Calm generated 4.23 million app downloads across the App Store and Google Play. (Statista) 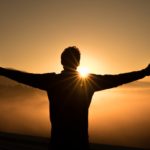