Along with the coronavirus pandemic, the changing habits and behaviors of people in 2020 and 2021 were also reflected in their digital content consumption. The most consumed content on smartphones was through mobile apps and games.

When mobile app downloads and in-app purchases are examined, it is possible to see that people around the world show common patterns. In this article, we will cover the most popular apps and app categories around the world in 2020 and 2021, by app store and country.

TikTok was the most popular app in terms of downloads in both the first and second quarters of 2021. For the second quarter of 2021, TikTok was followed by Instagram, Facebook, WhatsApp and Zoom on the downloads chart.

The list of the most popular mobile apps is mainly dominated by social media apps, while video conferencing and messenger applications also have a significant dominance in the list.

TikTok reached nearly 383 million first-time installs in the first half of 2021. As of July 2021, with the 3 billion install milestone, it is the fifth non-game app to join a tier that’s historically been the exclusive domain of Facebook.

As one of the most popular apps, Telegram has 500 million monthly active users as of January 2021 and is expected to reach over one billion users by 2022.

As of July 2021, Facebook Messenger was one of the most popular global mobile messenger apps, with 1.3 billion monthly active users.

As one of the most popular mobile apps, in May 2021, the China-based CapCut from Bytedance surpassed 250 million app downloads worldwide across the App Store and Google Play.

In June 2021, Google Meet was the most popular Google app on Android, generating approximately 16.31 million downloads during the month.

Most Popular Apps by Revenue

When we look at the list of the most popular mobile apps in terms of revenue in 2021, we usually see dating apps along with music and video streaming apps.

In the second quarter of 2021, YouTube ad revenue reached $7 billion, up 84% from the same period last year.

In its first year, HBO Max generated $130 million via in-app purchase (IAP) revenue compared to $98 million the year before as HBO NOW.

In the first quarter of 2021, Twitch generated approximately 103.65 million U.S. dollars through in-app purchase revenues across Google Play and the App Store worldwide.

Pandora’s total revenues – across advertising and subscription – in Q2 2021 was $516 million.

As of January 31st in 2021, the dating app Bumble generated approximately $19.7 million.

Most Popular App Categories in the App Store 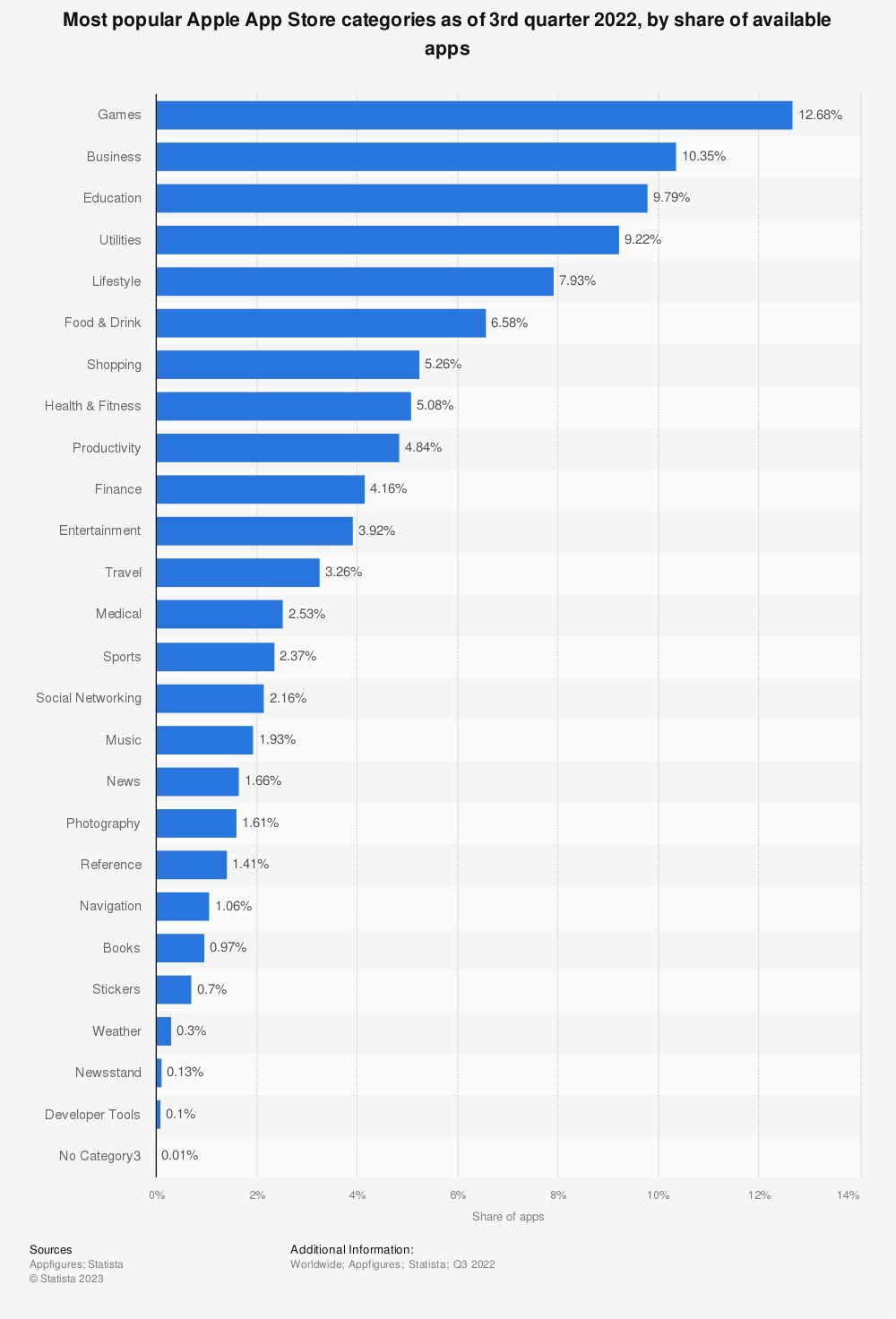