Minecraft is undoubtedly a game that everyone in the world has heard of from such a place, even if they have not played it. The popularity of Minecraft is now so much that there are also physical products such as Minecraft-themed clothing and toys, which are sold all over the world, in addition to the game.

It is an indisputable fact that Minecraft has a mod world that is worth many games on its own. A world where you can get lost very easily in the mod world of Minecraft and find almost everything you are looking for. So much so that you can experience many different types of games just by playing Minecraft. In this article, we will take a look at the best Minecraft launchers that provide some kind of support and opening of these mods.

What is Minecraft launcher?

To explain Minecraft launchers in a simple way, they allow you to login to multiple different Minecraft versions under a single app roof. Although Minecraft launchers usually host the same common feature (to enable you to log into Minecraft), they can host many different features under their roof in terms of design and usability. It is also quite possible to find a launcher according to your taste, especially since there are many different launchers for diversity. Some launchers attract attention with their simple design and design, while others attract attention with their various customizations.

What do Minecraft launchers do?

The ultimate goal of all Minecraft launchers is to run your Minecraft successfully. But other than that, many launchers will try to attract their users with their unique features. Some launchers include their own mod search systems, allowing you to install the launcher in a convenient and easy way. Although most of the launchers in general are the same, there are also launchers that are specifically different, such as the mode state.

Here are the best Minecraft launchers that will allow you to step into thousands of different universes via mods.

TLauncher, which has been getting popular since its release in 2013, is one of the most powerful and popular launchers. TLauncher, which still maintains its popularity thanks to its features that cause the game feeling to increase exponentially, gathers the features that every player looks for in Minecraft launchers with its high performance, stability and fast operation. Another reason TLauncher is so praised is that it’s a launcher that can access all original Minecraft versions. It’s really admirable that it’s available from the versions you’re currently playing to the Alpha versions.

Badlion Client really is a launcher that has almost everything. It contains many things from FPS optimization to mod types. Cheat protection is another of these features. Badlion Client is a very convenient and easy-to-use launcher for those who want to have a full experience after learning what Minecraft has to offer.

Although it is sometimes confused with TLauncher, Titan Launcher and TLauncher are quite different from each other. Titan Launcher is known for being a very beginner friendly launcher. You don’t need to have a premium account for Launcher. Ease of use and simple interface are one of the strengths of Titan Launcher. In addition to being quite small in size, it is also very convenient for mods.

This app, also known as Mojang Launcher, is an app that comes with your first purchase of Minecraft. Especially a special section that allows you to update the latest patches and versions is one of the most interesting features of this launcher (for those who are curious, there is a news tab that shows the events and announcements happening in the company). Unfortunately, the classic launcher is not the best option for playing Minecraft with mods, as you need to install a profile to access modded Minecraft versions. It can be tiring to clear up the mess after a while.

Among Minecraft launchers, SKlauncher has a special place in its own right. You can use SKlauncher comfortably without any problems even if you are using Linux or Macbook as well as Windows. SKlauncher, which has a very comfortable and simple user interface and managed to stand out with its modern and stylish design as well as this feature, allows you to choose between dark or light themes, with a recent update, and makes a choice according to your taste.

Launcher Fenix is a little less popular than the launchers mentioned above. However, its performance definitely deserves to be on this list. Launcher Fenix does the same for both premium and regular accounts. In addition, the fact that it has additional tools that the normal Minecraft Launcher does not have, causes positive developments in terms of user satisfaction.

CurseForge Launcher, which has a very popular place among launchers, attracts the attention of many players, especially when it comes to Minecraft with mods. The biggest reason for this is that the launcher itself owns CurseForge, which has an unlimited resource on Minecraft mod. The fact that this Website, which is used for its mods, has emerged with a fully integrated interface to the launcher itself, explains the reason for the interest and interest in CurseForge Launcher.

Another launcher that is famous for its mods is MultiMC. But unlike CurseForge, MultiMC is available for download in Macbook and Linux software. But MultiMC is also a launcher suitable for people who are mixed in Minecraft. Designed for people who can find their way without getting lost in the complexity of Minecraft’s mods, MultiMC provides a comfortable use with details such as opening different profiles for different Minecraft versions. However, if you’re new to Minecraft, using MultiMC to get started can be confusing.

With its unique features, ATLauncher is somewhat similar to MultiMC in terms of portability and support of interface files. But the main difference between them starts with active Microsoft support. This allows you to actively handle your business even without a Microsoft account. At the same time, you can experience different flavors with the mods that many people actively use in the “Especially Packages” section specific to ATLauncher.

Shiginima launcher is definitely an app that deserves to be on this list. Aside from the fact that the Launcher is quite light, it also brings with it a list of mods that you can get lost in. But Shiginima’s real strength lies in the performance boost it provides during gameplay. As a result, you need to be able to play Minecraft in a stable and comfortable way from mods and above all. It should also be noted that since Shiginima is not an official launcher, it is more suitable for normal accounts than premium.

Another launcher that works on different software such as Macbook or Linux other than Windows is GDlauncher. GDlauncher is an ideal launcher for those who want to make their own modpacks. With its immense customizability and a number of additional packages to help with this, GDlauncher is ideal for design lovers. It’s also a recent feature to remove interface clutter and allow only the details that matter to you to remain. You can imagine how much confusion this has removed. 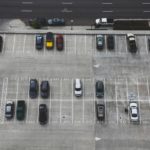