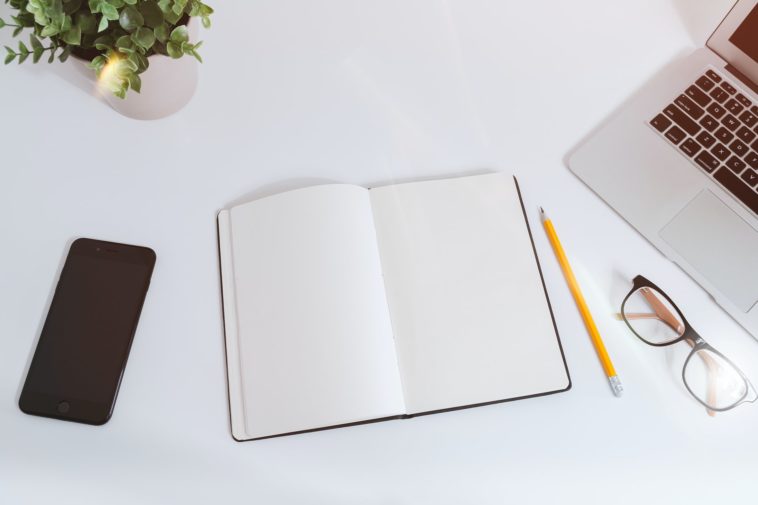 We are getting more and more digital with each passing day and we don’t need dozens of pens and notebooks to write down our notes anymore.

With these life-saver note taking apps we’re about to introduce you, you can take notes of your ideas, thoughts, memos, emails, shopping lists and whatever you want to remember later, whenever and wherever you are.

Let’s start with Evernote which is one of the best note taking apps for Android and also quite popular among iPad & iPhone users.

Evernote aims to help you ‘’focus on what matters most and have access to your information when you need it’’.

It allows you to take notes by typing, scan your handwritten notes, images and photos. You can also attach your documents including PDFs and even audio files.

The Clipper feature lets you clip web pages and articles so that you can read or use them later.

Evernote also makes it very easy to share your notes with other users.

This note taking app works synchronously with your other devices so that you can access your notes whenever and wherever you are.

Another useful feature is that it supports Dark Mode which makes it much easier to read.

Currently, it is featured as ‘’Editor’s Choice’’ on the Play Store.

And as we mentioned above, it is also very popular on the iOS platform. So, if you’re looking for the best note taking app for iPad or iPhone, give it a try. It is worth mentioning that it works with Apple Watch too.

Use Evernote as the place you put everything … Don’t ask yourself which device it’s on—it’s in Evernote. – The New York Times

Our second app for taking notes is OneNote by Microsoft. It is quite popular on both Android and iOS platforms.

OneNote helps you take notes of your thoughts, ideas, discoveries or anything you want to remember later, no matter where you are.

Its friendly interface makes it very easy to organize your notes and share them with others.

You can save your notes to the cloud services including OneDrive and SharePoint, and access them from your other devices. You can use it with your other apps such as Microsoft Excel and Word too.

In addition, it allows you to write and draw on an iPad with different pen colors and settings. It also has a Convert to Shapes feature which is one of my favorites and makes it one of the best note taking apps for iPad to me.

Our third app is ColorNote which many people refer to as the best note-taking app for Android. It’s been downloaded over 100 million times on Google Play Store. By the way, it’s not available on the App Store. So, if you’re an iOS user, you can skip this one.

If you’re looking for an app to write notes, your memories, emails or you just want to create checklists, try ColorNote. It also offers the sticky notes option.

Next one is Keep Note by Google. It is both available on Google Play Store and App Store.

Google Keep lets you ‘’capture what’s on your mind and get a reminder later at the right place or time’’.

With Google Keep, you can easily take notes, add photos and documents to them, share them with your family and friends, and access them from any device of yours.

What I love about this note taking app is that you can record a voice memo when you don’t have much time and it’ll transcribe it automatically.

My second favorite feature is that it allows you to create location-based reminders. For example, when you’re somewhere close to the grocery store, it’ll remind you of your shopping list.

And here is Apple Notes, which is only available on the App Store. Just like Evernote and Microsoft OneNote, it is one of the best note taking apps for iPad. And it’s the official app.

Apple Notes lets you create notes and checklists with just one tap.

It allows you to scan paper documents, add attachments including maps and web links, share your notes with your friends, draw on your iPad with your finder or your Apple Pencil and more.

It also lets you pin your most important notes and search them so that you can access your notes without losing time.

The next one is Notion by Notion Labs. It is both available on Google Play Store and App Store.

Notion blends notes, tasks and wiki’s in one app. It supports more than 20 block types including images, bookmarks and code snippets.

The app also supports sync with MAC, Windows and web browsers making it possible to access your mobile notes from your desktop too.

Our next app is GoodNotes 5 by Time Base Technology Limited. It is a premium note taking app and only available on Apple’s App Store.

It is a very good option for iPad users as well as iPhone and Mac owners. You can take notes by typing and it also allows you to write and draw with your finger and Apple Pen.

It is currently featured as the Editor’s Choice on the App Store.

Next one is BlackNote by Notas Notepad which is only available on Google Play Store. It’s been downloaded by over 1 million Android users so far.

As you can understand from its name, it’s a black-themed notepad app which relieves eye strain.

It is pretty simple to use. You can create text notes as well as checklists and secure them by setting your password. It also supports sticky notes.

The ninth app in our best note taking applications list is Simplenote by Automattic. It is both available on the Play Store and App Store.

You can pin your notes or use the instant search feature to access them easily. You can also use tags to organize your content.

Set a personal password to protect your notes and sync your other devices to access your notes where you are.

Our last note taking app is Nebo by MyScript. It is both available on Google Play Store and App Store. However, while it is free on the App Store, it costs $9.99 on the Android market.

In this blog post, we’ve talked about the 10 best note taking apps. Which one is your favorite? Leave a comment below.

Don’t forget to check out our Top Mobile Apps category for more listings like this.