What is Brawl Stars?

The fast-paced 3v3 multiplayer and battle royale Brawl Stars, which was launched in 2017 and made an impact with the wide audience it reached in 2018-2019, is an important competitor to Supercell’s most popular game, Clash Royal.

The game, which received 5 million pre-registers on the day the game was launched in 2017, already had a revenue of $6 million before the global launch.

The gameplay of Brawl Stars is very simple and well suited for mobile gaming: there are only two main actions one can perform: move and attack.

+ As of December 2021, Brawl Stars generated $1.4 billion in lifetime player spending worldwide. The US ranks top in terms of revenue, accounting for $209.7 million in player spending, or about 15% of the total, followed by South Korea and Germany.

+ As of the beginning of 2021, Supercell’s popular title surpassed $1 billion in lifetime revenue. The popular multiplayer game generated approximately $526 million from user spending in 2020 with a 27.5% year-over-year growth joining the list of Supercell’s billion-dollar games which includes Clash of Clans, Clash Royale, and Hay Day.

+ In 2021, Brawl Stars developer Supercell reported a revenue of $2.24 billion and before-tax profits of $852 million.

+ In 2021, Brawl Stars was Supercell’s most popular app with approximately 73.96 million combined downloads across the Apple App Store and Google Play worldwide. 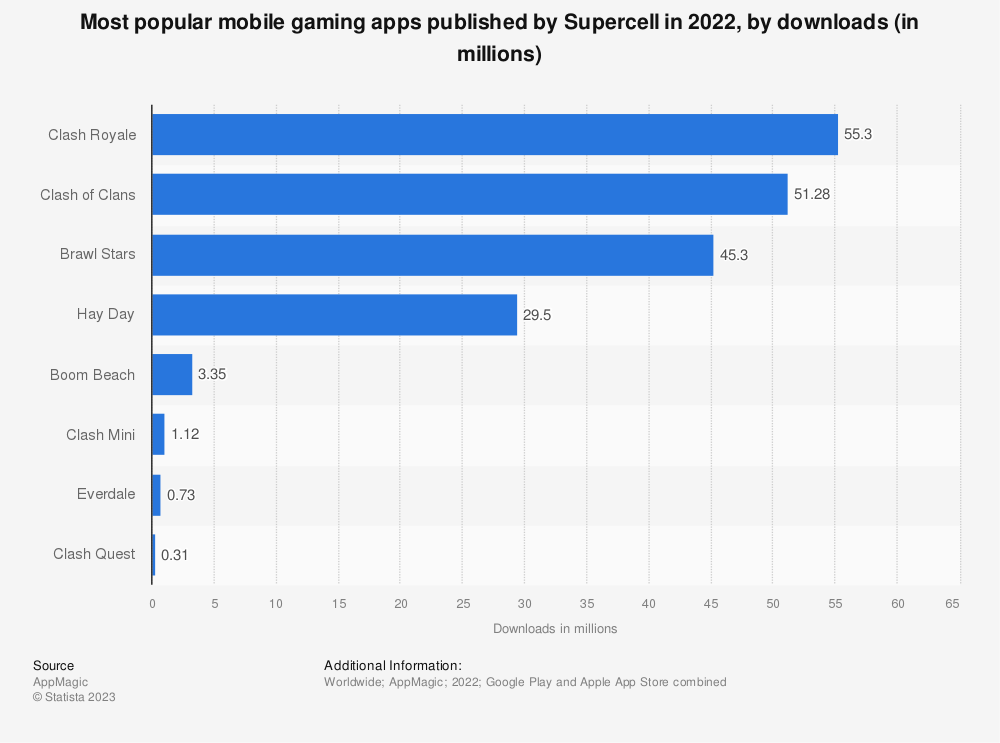 + As of December 2021, Brawl Stars generated 324 million installs worldwide, with Russia ranking the top with 38.6 million downloads, followed by Brazil and Turkey.