What is Angry Birds?

Developed and published by Finland-based Rovio Entertainment, Angry Birds was first released on Apple’s App Store in December 2009 and later on other platforms. The game begins with the pigs stealing the birds’ eggs. Angry at this, the birds try to defeat the pigs and get the eggs back. The main purpose of the game is to beat the pigs by throwing the birds you have with a slingshot.

All Angry Birds Games in Order

+ In Q1 2022, Rovio’s largest game, Angry Birds 2 continued its strong performance with the game’s gross bookings growing over 20% year-on-year to €30.3 million, and achieving its highest quarterly revenue since Q1 2019.

+ Rovio Entertainment, the creator of Angry Birds, announced on August 2021 that it was acquiring 100% of the shares in Ruby Games, a hyper-casual game studio based in Izmir, Turkey.

+ In July 2018, Angry Birds Evolution generated more than $30 million worldwide across the App Store and Google Play since its release in June 2019.

+ As of May 2022, Angry Birds 2  ranks #7 in Games/Casual category on Google Play in the United States. (SimilarWeb)

+ As of 2019, when it celebrated its 10th anniversary, Angry Birds was downloaded 4.5 billion times in app stores. 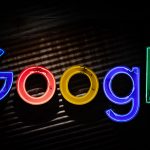