Developed and published by Supercell in 2012, Clash of Clans is a mobile multiplayer strategy game which includes city-building and tower defense elements successfully. Since its launch, the game has become a phenomenon worldwide across the App Store and Google Play. In February 2022, Clash of Clans was #2 most popular Android game in the United States with 1,94 billion daily active users.

If you are bored with Clash of Clans and want to start another strategy game to play with friends, we have reviewed the best games like Clash of Clans in this article. With these mobile games, you can experience the feeling of playing CoC in terms of both characters and gameplay similarities.

Boom Beach is a fun strategy game where you “use your brain” to battle your troops against the evil Blackguard and try to win. In the game, you attack enemy bases to save the doomed island people, or combine your friends and troops to fight other combined enemies.

It is very similar to Clash Of Clans in gameplay and style. There are some mines that you need to use in the game, including gold, wood, stone and iron, respectively. When you first start you will see that only gold and wood are open. As you progress in level, first the stone and then the iron will be available to you. You can upgrade your existing buildings by using these mines. It is possible to improve the soldiers in the arsenal and the materials of the gunboat. The more accurately you use your mines, the faster you will be in the game.

Rise of Kingdoms: Lost Crusade is at least as popular as Clash of Clans, and the logic of the two games is very similar. The difference between Rise of Kingdoms and Clash of Clans is that there are real states/empires in the game. It includes real time battles on the map where players can join or leave a battle any time and send some troops to help their buddy out.

X-Wars: Clash of Zombies is one of the strategy games similar to Clash of Clans in terms of graphics quality, strategy, map creation and gameplay. But here, you play to build a zombie town.

You will get 10 different types of zombies to attack. Only one will be unlocked initially. The rest of the others can be unlocked as you upgrade the barracks and the main clan hall.

After completing the first stages and upgrading the clan hall, you can start joining other clans and compete in clan tournaments. If you don’t have a problem with zombies, this is one of the best Clash of Clan alternatives for you.

In DomiNations, which is among the games like Clash of Clans, you choose one of 8 nations, including Rome, England, China, France and Greece, and start the game. Then you have to progress from the stone age to the space age. In this process, you need to create your own army and do various researches. There are tasks such as collecting resources and building structures in the game. There is also the opportunity to form alliances in the game where you can fight against other players.

DomiNations on the App Store

Standing out with its simple gameplay, Guardian Kingdoms is among the alternative games to Clash of Clans. In the production where you can have a pleasant time, you can develop your castle and attack your opponents. For this reason, it is of great importance that your castle has a good defense. If you manage to destroy the castle in your attacks, you get various resources. Thanks to the resources you obtain, you can upgrade the buildings in your castle. The game with the alliance system requires an internet connection.

Guardian Kingdoms on the App Store

In Jungle Heat, one of the best games like Clash of Clans, we enter into a fierce competition to have oil and gold in tropical lands. In the game, we try to establish our own military base and repel incoming attacks. Of course, we do not stand idly by and constantly attack enemy bases.

By using the resources we have obtained, we develop militarily and reach the power to stand up to stronger enemies. In the game where different units are included, each unit has its own special abilities, strengths and weaknesses.

We must carry out the planned attacks taking into account these characteristics and the weaknesses of the enemy. Jungle Heat, which produces satisfactory results in terms of graphics, animation and sound quality, has no difficulty in writing its name in the best strategy games list.

Jungle Heat on the App Store

Based on Greek mythology, Gods of Olympus has many gods and goddesses, including Zeus, Aphrodite, Artemis, Hades, Athena. There is no building time in the game, which allows you to build your own empire. So you don’t have to wait.

You need to protect your empire from attacks. You can also attack other empires. In addition, you can help your friends in real time. Internet connection is required to play in the game which has more than one million downloads.

Gods of Olympus on the App Store

Gods of Olympus on Google Play

With more than 490 million downloads worldwide, Lords Mobile is one of the best strategy games. You build your own empire in the production where you can fight against other players. After establishing your empire, you can upgrade buildings, research and train your troops.

There are various types of troops in the popular production. You can determine the troops according to your strategy. The game, which has quality graphics, also has other battle systems. You can also form alliances in Lords Mobile.

Lords Mobile on the App Store

In Castle Clash, which draws attention with its impressive graphics, you build your own army and fight with enemies. There are more than 20 characters in the game, including archers and warriors. These characters have various abilities. You can fight against other players in the game played by many people. Internet connection is required to play the title which has more than 100 million downloaded.

Castle Clash on the App Store 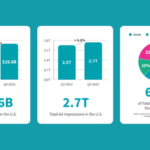