What is Fall Guys?

Released in August 2020, Fall Guys is essentially a platformer battle-royale. The game, which you play with up to 60 people, consists of rounds, unlike the map design in classic battle-royale games. In this game, which varies between 4-6 rounds in total, a certain number of players are eliminated in each round. The player who comes to the last round and wins the game.

How to get Fall Guys for free on PC?

Step #1: Access the Epic Games page of Fall Guys by clicking this link.

Step #4: You can now download the game from the Epic Games Launcher.

MASSIVE THANK YOU TO ALL WHO HAVE STUMBLED

We reached an incredible 20 million players in the first 48 hours of Free For All! 🙌

…see you this weekend my beans! pic.twitter.com/uCUN8Kx5wt

+ Fall Guys hit $185 million in revenue during its first month on PC, with 8.2 million players paying for its PC version. (TheGamer) 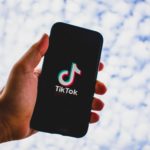