The Gardens Between is a stunning adventure game with a storybook-inspired art style. The game is single-player and has a story about friendship. The Gardens In Between is about best friends Arina and Frendt. Arina and Frendt fall into a mysterious garden and find themselves in a story that will make their friendship even more important. Players will solve puzzles and manipulate time in the game. The Gardens in Between requires no internet or advertising and offers seventeen achievements to complete. Visit The Gardens Between’s website to learn more information about the game.

The Gardens Between on the App Store

Monument Valley 2 on the App Store

League of Legends: Wild Rift on the App Store

Genshin Impact, the famous and beloved game of recent times, is among the best games for iPad Pro. Players will find themselves in a vast universe. Players will explore an unfamiliar universe and seek answers from the Seven, the god of each element. Genshin Impact provides the opportunity to team up and play with other players. Players can defeat their enemies by forming a strong team with various characters. Also, Genshin Impact comes with great visuals and soothing music. To learn more about the game, visit Genshin Impact’s website.

Genshin Impact on the App Store

Hidden Folks is a game that is appreciated by game lovers for its different styles. The game features 300+ objectives to find, 500+ interactions, 32 hand-drawn areas, and 2000+ sound effects. Players can see the objects they need to search with the target strip. Hidden Folks offers three color modes, normal, night mode, and sepia, and comes with 22 languages.

Hidden Folks on the App Store

Transistor is a fun sci-fi action RPG. Players will try to solve the story by putting together mysteries. The game comes with an intuitive excellent touch interface. The game offers players endless replays, so players can fight brand-new battles after finishing the story. Players will experience fighting in a futuristic city by making strategic plans in Transistor.

Transistor on the App Store

Grid Autosport is one of the indispensable games on iPad devices that everyone loves to play. The game has amazing visuals and offers console-quality racing. Grid Autosport offers 100 cars and 100 tracks to racing game lovers. Players can set their difficulty level and enjoy the race. Grid Autosport recommends 8GB of free space for installation and deserves to be among the best games for iPad Pro with its popularity.

Grid Autosport on the App Store

Thronebreaker: The Witcher Tales on the App Store

Star Traders is an incredible game where you will experience adventure in a vast open universe. Gamers will play as the captain of a starship. The game includes internal strife, political intrigue, and alien threats. Game lovers will take the helm of the ships by customizing their crews. Star Traders offers players endless galactic maps and unique characters. Gamers will be able to play as explorers, traders, spies, pirates, smugglers, bounty hunters, and more in Star Traders. The game features 45 ship hulls and over 350 upgrades.

Star Traders on the App Store

Vainglory is a MOBA game with strategic depth and stands out among the best games for iPad Pro. The game comes with precise controls and superb graphics. Players will have access to a set of over 48 original heroes and unique combo systems with Vainglory. The game offers rich maps, a free camera, teleports, active items, wave control, a complex vision system, and more to gamers. Browse Vainglory’s website to learn more detailed information about the game.

Vainglory on the App Store 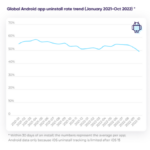