Founded in 1986 in France, video game developer and publisher Ubisoft is among the world’s largest game publishers with studios in 28 countries. Among the company’s best-known games are Assassin’s Creed, Far Cry and Watch Dogs.

+ In the fiscal year 2021-22, which ended in March 2022, Ubisoft sales amounted to €2.12 billion, down 5%. Last year, about 78 percent of Ubisoft’s sales were attributed to the digital format, worth about €1.66 billion. Assassin’s Creed, Far Cry and Tom Clancy’s Rainbow Six series each had net bookings of over €300 million.

+ According to sources familiar with the matter, Tencent, which bought a 5% stake in Ubisoft in 2018, plans to raise its stake in the company. (August 2022, Reuters) 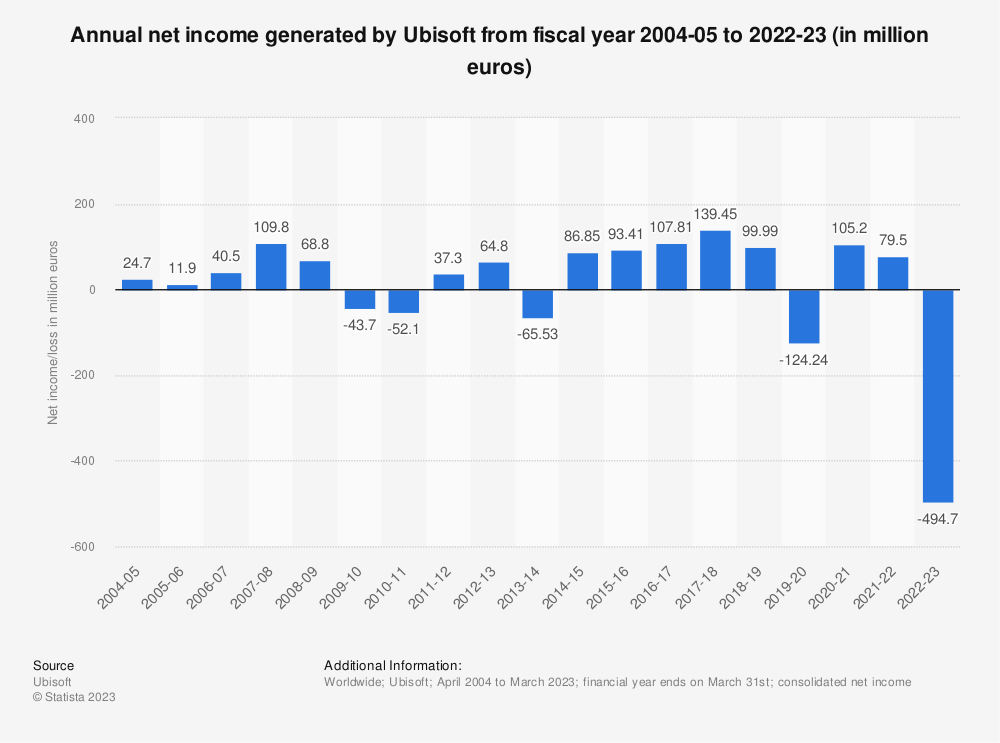