It sounds fun to look under every stone and reach the heights of exploration in huge open-world games. However, it is very difficult to overcome these games that take tens of hours to complete. We have compiled games that promise very pleasant experiences in a short time, instead of these productions which should be avoided by players whose time is valuable. Here are the 12 best short games for those who say their time is precious. You can finish the games on this list in just a few hours.

Stray, one of the most talked about games of 2022, was an extraordinary game that we played as a sweet cat. The game also won the award for best indie game of 2022 and best debut indie game. The main story of the popular game has a completion time of 5 hours, while 100% of it takes 9.5 hours.

Developed by Playdead, LIMBO is one of the most popular examples of the platform and puzzle genre. The game, in which we give life to a little boy looking for his sister in a dark and helpless world, promises only three hours of gameplay. We recommend that every player add LIMBO to their list of games to play.

Inside, the spiritual sequel to Limbo, invites you to a dystopian adventure with strange and tense scenes. Inside, which caused dozens of problems to attack the mind of the player, gained a place in our list of the best short games you can complete in one night.

The puzzle-type member of our list of the best short games, The Turing Test opens the door to a very spacious space station, freeing the player from the troubles of daily life.

Set on Saturn’s moon Europa, The Turing Test asks us to bring to life a research astronaut named Ava. While questioning the limits of artificial intelligence in the successful puzzle game, it is also possible to see the traces of experiments such as the Turing Test and the China Room. A modest game with three hours of gameplay, The Turing Test offers a puzzle experience that’s hard to forget.

Journey, which the game world remembers with a smile, takes you to the history of an ancient civilization under the sands. Offering an exquisite journey experience, the production also melts concepts such as time, heritage, dedication and journey into a single pot.

Journey, which we always praise, is perfect for those who want to take a refreshing break after huge open world games.

Also Read: The Best Co-op Games You Can Have Fun with Your Friends

Pony Island, which is not innocent at all contrary to its name, invites players to a dark adventure in front of an old monitor. Adopting a style that we have not seen before in puzzle games, the game manages to come across with rich gameplay mechanics even in short-term gameplay.

You will love Pony Island, which you can finish in a maximum of three hours, and you will be amazed by its ‘thinking outside the box’ structure.

GRIS, which makes a delicious homage to pain, grief and mourning, will leave you alone with the song of sadness. In this production, which has a relatively short gameplay, you will go on a deep journey about the feeling of mourning and you will find something of yourself in a few hours.

GRIS really stands out as one of the most special games the game world has ever seen. The features that distinguish the game from other examples are the emotions it melts in one pot and its unique art design.

One of the most refreshing moments of a person is the breaks during a long journey. While cruising on long roads, stopping for a while, watching the environment and resting a little gives one an unmatched serenity.

FAR: Lone Sails is based on this feeling. The production, which you can finish in a maximum of two hours, will invite you to an interesting journey through which you will survive dozens of hardships.

You have to drive your giant tanker over rough roads and through abandoned cities, taking a break from time to time and repairing your vehicle.

On this long journey with only you and your tanker, you should pay attention to the fuel level and decide at what point you will stop the vehicle. With its successful art design and enjoyable gameplay mechanics, the first ring of the FAR series offers a few hours of therapy.

The game, in which we are directing Henry, who took on the duty of a ranger in Wyoming after losing his wife, fills you with peace with its structure and visual style, while it breaks hearts with its story. You can finish the main story of the game in 4 hours.

Unpacking, one of the most up-to-date games on our list, gamifies the sweet excitement of moving to a new place. Players place dozens of packed items in various corners of the house by scrutinizing and witnessing the lives of characters they have never seen.

The drag-and-drop game will make you one of the most relaxed people in the world for a few hours.

What Remains of Edith Finch

Annapurna Interactive usually sits on the publisher’s seat of artistic games that make people change their place. What Remains of Edith Finch, published by Annapurna, is among the great productions that you will remember for a long time after you finish it.

The game, which you can finish in a maximum of four hours, also manages to stay fresh all the time thanks to its strong narrative language and enjoyable gameplay mechanics. You will love the game, where you will listen to wonderful stories about the unhappy members of a family, and you will recommend it to everyone around you.

The Stanley Parable, which does a great job of breaking the fourth wall, will plunge you into delightful paradoxes among the mazes of the mind. In the production where you direct a character named Stanley, the endless sentences of the voice-over and the interesting corridors of an empty company will accompany you.

The Stanley Parable, which you will play and shelve in just a few hours, should definitely be experienced by anyone who says ‘I like to play’.

Thanks to many games, we have entered wildlife and witnessed the cruel world of the animal kingdom. Shelter, which you can finish in a few hours, reveals the wildlife with pure reality without making any contribution to it.

In the production where you give life to a badger, you must protect your cubs until the end of the game and protect them from the cruelty of the food chain. You must find shelter and get through the day as dangers threaten you and your cubs, from forest fires to violent waterfalls. In this process, you should make sure that each pup is fed and carefully monitor them so that they do not become prey to predators.

Both games in the Shelter series promise a short and successful few hours to the ancient instincts of being alive.

Developed by a single person and reinventing the puzzle genre in an incredibly clever way, Gorogoa will invite you on a very immersive journey with only four picture frames.

Gorogoa adopts a very simple puzzle format. However, this simplicity in the overall structure of the game does not compromise the rich experience that Gorogoa offers for only a few hours. A masterpiece from its music to its design language, Gorogoa manages to say a lot without saying a word.

Gorogoa, which we think you will play again and again, is an invaluable Indian fabric, especially for players who do not have a lot of time.

Especially the music of modern Doom games enchants many metal lovers. Some of us even try to shoot the creatures around us to the rhythm. Metal Hellsinger is a Doom clone built on exactly this mechanic. In the game, you have to hunt the demons of hell by keeping rhythm to the songs of the legendary bands of metal music such as System of a Down, Trivium, Arch Enemy and Black Crown Initiate.

The Titanfall series, which received great acclaim with its first battle royale game, met the expectations of the players with the second game and was extremely successful. You can finish Titanfall 2 in one sitting while the fate of the 3rd game in the series is currently in doubt. The main story of the game takes 6 hours to finish, while it takes 15.5 hours to complete 100% of it.

The standalone DLC of Far Cry 3, Blood Dragon drops you as a “justice-seeking” cyber commando in a futuristic world with a 90s theme retrovawe. Also, as you can see from the name of the game, there are dinosaurs in the game. You can finish the main story of the game in 4.5 hours.

A Tale of Two Sons

Brothers, which tells the fantastic story of two brothers, was one of the most popular productions of its time. In addition to being one of the best short games, the game more than deserves its 3 hours of gameplay thanks to its strong subtext. 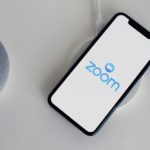