Steam, which allows players all over the world to have all kinds of different games digitally, is an online game distribution platform owned by Valve, one of the biggest stakeholders in the game world. Launched in September 2003, the platform is among the most popular distribution services in the world, thanks to its awe-inspiring features such as local pricing and official support for many countries’ currencies.

Also Read: Everything You Need to Know About Steam

+ Steam broke another record in terms of concurrent users on November 26, 2022. According to the official Steam data, while the record was broken, 31.3 million were playing games at the same time. 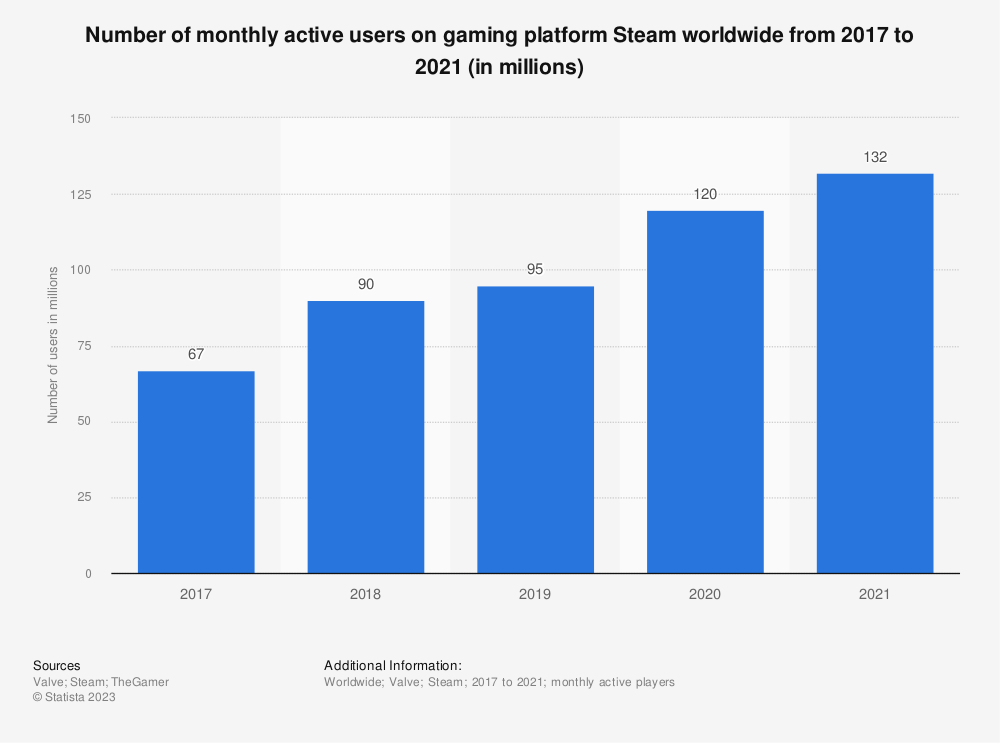 + In 2021, Steam sold around 439 million games on its platform (excluding free downloads). It is estimated that Steam game revenue for 2021 was over $10 million. Analysts expect that Steam revenue will decline in 2022 due to macroeconomic factors. The platform generated $3.1 billion in the first half of 2022  (including the platform’s fees, but excluding IAPs), up 3% year-over-year.

In 2021, platform sales were estimated to account for 74.4 percent of Steam revenue, with in-game microtransactions accounting for the remaining 25.6 percent. (Statista)