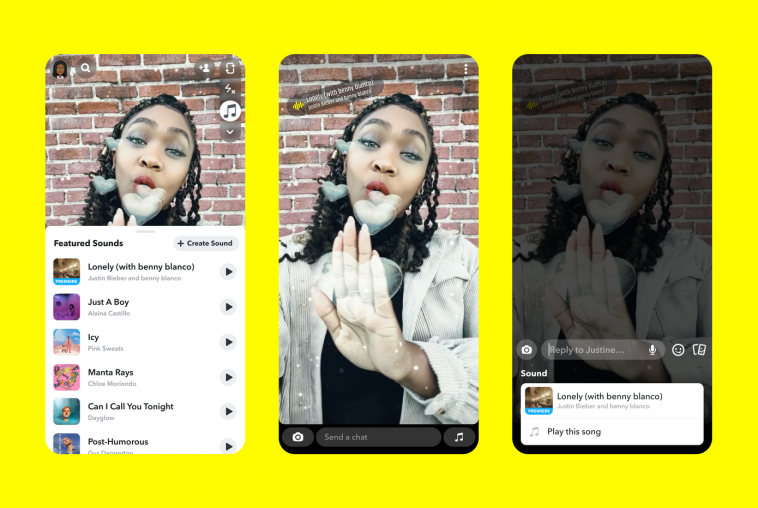 Snapchat had announced a few months ago that it is working on a new TikTok-like feature that allows adding music to Snaps, and it was testing this feature in Australia and New Zealand. Today, the popular social media app launched ‘Sounds’ to let Snapchatters on iOS worldwide add music to their Snaps from a robust and curated catalogue of music from emerging and established artists.

Snapchatters on iOS can now add music to their Snaps either pre or post capture and share it . The ones who receive a Snap with Sounds can listen to the full song on Spotify, SoundCloud, or Apple Music by clicking the link “Play This Song”.

“Music makes video creations and communication more expressive, and offers a personal way to recommend music to your closest friends. On average, more than 4 billion Snaps are created every day.” the company noted in the announcement.

Snapchat also announced that “Justin Bieber and benny blanco’s new song “Lonely” will be a featured exclusive in Snapchat’s Featured Sounds list today. Snapchatters will be able to create artistic Snaps with their new ballad, share them with their friends, and even save the link to download the full song when it’s available on their favorite streaming platform.”

Snapchat is also testing “the ability for Snapchatters to create their own sounds and add them to Snap” and the company plans to roll out it worldwide in the upcoming months. 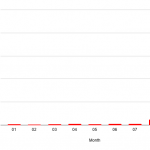 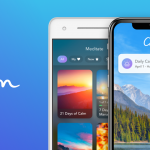