Spotify announced at the beginning of last year that it would create a new subscription package for its high sound quality technology HiFi. According to the statements made by the company, the new feature was supposed to be released before the end of 2021.

In response to a thread on the Spotify Community forums (first spotted via 9to5Mac),Spotify stated that the company is still working on it, but doesn’t have any timing details yet.

“We know that HiFi quality audio is important to you. We feel the same, and we’re excited to deliver a Spotify HiFi experience to Premium users in the future. But we don’t have timing details to share yet,” the company said.

The long-awaited HiFi feature is expected to bring music in ”CD-quality, lossless audio format to your device and Spotify Connect-enabled speakers.”

The Spotify HiFi package will only be available to users who have the Premium subscription package. Subscribers who want to use this technology will have to pay extra. New details about the postponed feature will probably appear more clearly in the coming months. 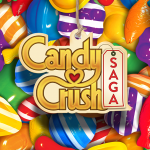