Netflix is reportedly planning to charge $7-$9 for its forthcoming ad-supported tier, according to Bloomberg’s new report. That’s almost half the price of its currently most popular ‘Standard’ plan which costs $15.99 per month.

The company announced last month that it has chosen tech giant Microsoft as its advertising partner for the plan which it said would be launched globally next year. However, according to the New York Times, the company told employees it could start showing ads on the platform later this year. Per Bloomberg’s new report, the plan will be launched in selected countries within the next three months.

Sources familiar with the matter told Bloomberg that Netflix plans to show four minutes of ads per hour, which is relatively less than most of its rivals do. In addition, it’s reportedly planning to show ads prior to and during contents, but not after they end.

Netflix’s top executives are also discussing which shows will and won’t feature advertisements. According to the report, the company won’t show ads in kids content and its original shows, but wants to show them in its original TV shows, old movies and programs.

Earlier this year, Disney also unveiled its new ad-supported plan which it said would be available in the US later this year. Just like Netflix, the company is planning to show 4 minutes of commercials per hour and won’t display ads in preschool programs.

And earlier this month, Warner Bros. Discovery said that it’d offer an ad-based plan after merging HBO Max and Discovery+ into a single platform in 2023. 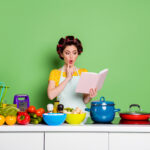