In a statement to The Verge, a Meta spokesperson took aim at the rule saying that “Apple continues to evolve its policies to grow their own business while undercutting others in the digital economy.’’

‘’Apple previously said it didn’t take a share of developer advertising revenue, and now apparently changed its mind. We remain committed to offering small businesses simple ways to run ads and grow their businesses on our apps,” the spokesperson added.

An Apple spokesperson, on the other hand, defended the decision saying that it’s just an expansion of the company’s current policies and that there are many apps which already comply with it.

“For many years now, the App Store guidelines have been clear that the sale of digital goods and services within an app must use in-app purchase,” the spokesperson said “Boosting, which allows an individual or organization to pay to increase the reach of a post or profile, is a digital service — so of course in-app purchase is required. This has always been the case and there are many examples of apps that do it successfully.”

Apple has already been under fire for a while for its controversial App Tracking Transparency (ATT) feature which has made it mandatory for developers to get user consent first in order to track their data and show them personalised ads.

In February, Meta said that Apple’s privacy changes would cause a $10 billion drop in its ad revenue this year. The social media company reported its first ever revenue drop at the end of its second quarter in late July, and said it expected an even larger decline in Q3, the results of which are expected to be announced soon. 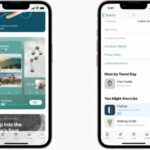