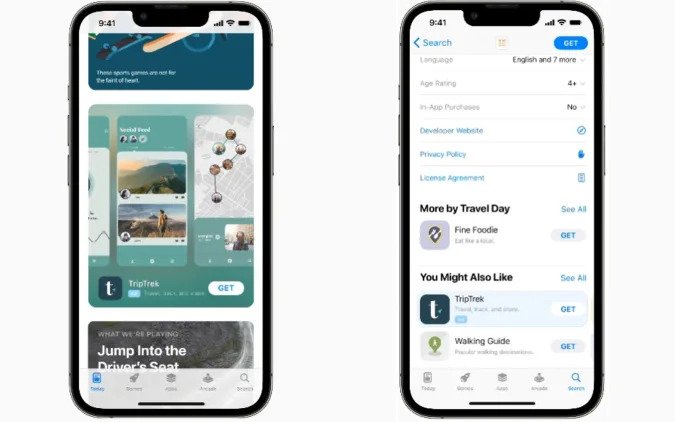 As reported by MacRumors, the company has recently sent emails to developers informing them about its new ad slots on the App Store, the Today Tab on the front page and the You Might Also Like section which is located at the bottom of individual app pages.

The company first unveiled its plans to bring more apps to the App Store back in June, and CNBC reported last month that the new ad slots would be released this holiday season.

In fact, Apple has already been promoting apps in its Today tab for a while, however, those apps were chosen by Apple’s own editorial team. With the new ad placement, developers will be able to get their apps displayed on the main page of the App Store on their own.

‘’With a Today tab ad, your app can appear prominently on the front page of the App Store — making it some of the first content users see when they begin their App Store visit,’’ the company said in its updated web page where it showcases its ad solutions. ‘’The prominence of this placement makes it a good option to drive awareness of your app, especially for new content launches, special events, and seasonal promotions.’’

In addition, the You Might Also Like section will let iOS developers reach more potential users when they’re visiting related app pages. They will also be able to choose specific app categories where their ads will be shown.

‘’Product pages — while browsing ads let you promote your app to interested users when they’re browsing different pages across the App Store,’’ said the iPhone-maker. ‘’Ads appear at the top of the You Might Also Like list to users who have scrolled to the bottom of relevant product pages, actively researching apps and getting information to help them decide whether to download.’’

The news comes months after Bloomberg’s Mark Gurman reported that Apple wants to triple its $4 billion annual ad revenue and bring it to double digits. He also said the company could bring ads to some of its other apps including Maps and Books.

Meanwhile, sources familiar with the matter recently said that Apple is planning to begin showing ads on Apple TV+, and could soon launch an ad-supported tier just like Netflix’s upcoming ‘’Basic with Ads’’ plan.