Tech giant Apple is reportedly planning to launch its new ad spots in the App Store this holiday season.

In June, the iPhone-maker announced its plans to start showing ads within app product pages as well as the Today tab located in the homepage. However, it didn’t disclose the launch date back then.

As reported by CNBC, the company is now inviting developers to a virtual event which will take place on September 21st and cover the new App Store ad placements.

‘’Apps are more important than ever before – for consumers and for brands. And, with new opportunities coming to Apple Search Ads, you can promote your apps across the App Store to engage even more customers this holiday season. Join our webinar for insights to help you plan your year-end app promotion strategy. We look forward to seeing you,’’ the company wrote in the invitation, of which a screenshot was shared by Eric Seufert, the founder of Mobile Dev Memo.

In August, a Bloomberg tech reporter said that Apple aims to triple its ad revenue and bring it to double digits. He also said the company’s testing Search Ads in the Maps app, and could bring it to Apple Books and Apple Podcasts too.

Apple’s ad business is facing a backlash due to the controversial App Tracking Transparency feature which made it a requirement for developers to get iOS users’ consent to perform ad tracking and show them personalized ads. While the privacy changes allegedly had adverse effects on the ad businesses of many companies including Meta, a recent study showed that the ATT helped Apple grow its Search Ads adoption. 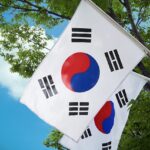