As stated by Activision before, the mobile Warzone will be a “large-scale, battle royale experience built natively for mobile with cutting-edge technology designed to entertain gamers around the world for many years to come.”

It is not yet known whether the new free-to-play battle royale, which will likely feature Warzone’s original Verdansk map, will have cross-play with console and PC players, but it will feature cross-play between Android and iOS players.

The game will be automatically downloaded to the devices of users who pre-register now to play as soon as Warzone Mobile is released. 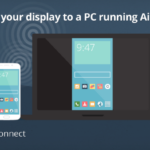