What is HBO Max?

HBO Max is a subscription-based digital streaming platform owned by Warner Media. HBO Max, which entered service in May 2020, has original and licensed content as well as the contents of the HBO channel. It gathers brands such as Cartoon Network, HBO, DC, Max Originals under one roof. It can be accessed from a TV, tablet, or smartphone that supports the app. A subscription is required to access the platform.

+ With the Discovery-WarnerMedia mega-merger officially closed as of early April, the company said revenue at WarnerMedia, including Warner Bros., the Turner networks, and HBO, rose 2.5% in Q1 2022 to $8.7 billion. In addition, subscription revenues were $4.0 billion, up 4.4%, which reflects the growth of HBO Max.

+ At WarnerMedia, content and “other” revenue jumped 45% in Q4 2021 to $4.4 billion, which the company credited to higher TV licensing and theatrical box office.

+ HBO Max led in market share of US app downloads with 21% in Q1 2022, followed by Disney+ and Netflix. The video streaming app was also among the top apps with the highest monthly active users with 10% of market share. The platform has had success adding new users since with its U.S. market share climbing from 4.5% in Q2 2020 to 10% in Q1 2022.

+ When HBO launched Made for Love, it resulted in a 61% increase in the HBO Max app installs.

+ The number of HBO Max viewers in the United States is expected to reach over 100 million as of 2023. (Statista) 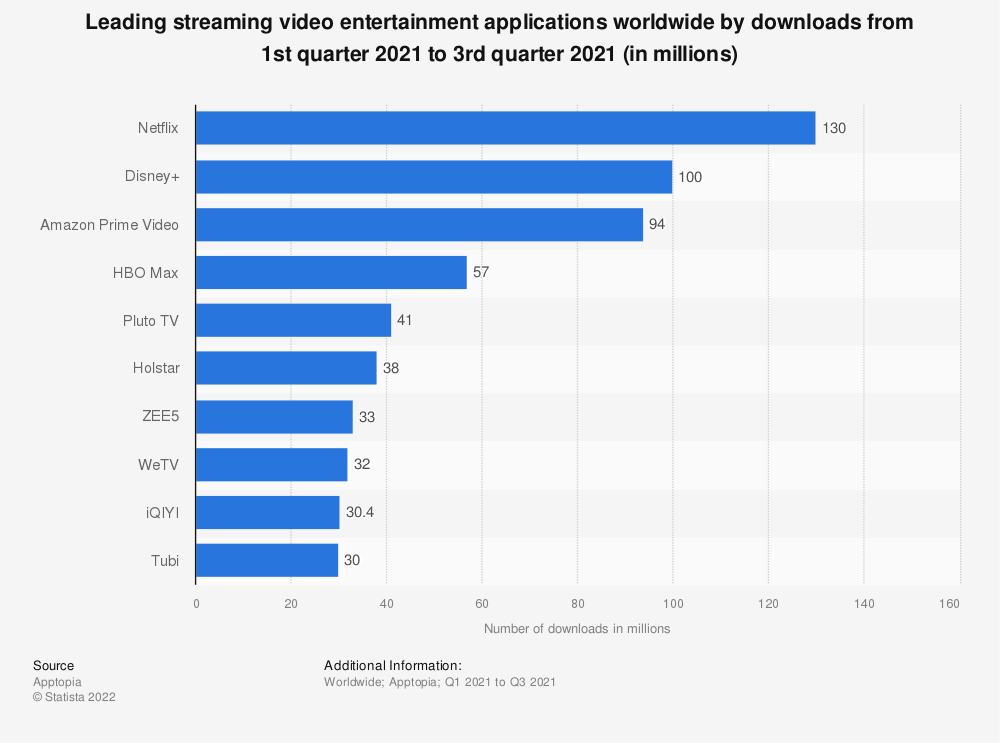 How many users does HBO Max have?