Google paid video game giant Activision Blizzard $360 million not to launch its own app store and keep its titles on the Play Store, Epic Games said in a court filing on Thursday.

With Tinder-maker Match Group, Epic filed a motion in October alleging that Google entered into anti-competitive agreements with developers and original equipment manufacturers (OEMs) to prevent them from challenging its monopoly.

The Fortnite-developer now claims that Google paid Activision a hefty sum not to launch its own app store, as reported by Bloomberg. According to the court filing, Activision initially said such a decision would be made if they could “find the right deal/solution” with Google, however, eventually decided to debut its titles on the Play Store before releasing them elsewhere.

In addition, the amended complaint claims that the tech giant also reached a similar agreement with Tencent-owned Riot Games, the developer of League of Legends, in March 2020, and paid $30 million so that it wouldn’t launch its app marketplace.

“Google understood that its agreement with ABK effectively ensured that ABK would abandon its plans to launch a competing app store, and Google intended this result,” Epic said in the complaint.

However, a spokesperson for Google said that such agreements aim to offer incentives to developers so they would provide early access to Play Store users. The deals, also known as Project Hug, don’t prevent gaming companies from launching their app stores, and Epic is misportraying its business talks, the spokesperson added.

Activision, on the other hand, called Epic’s claims ‘’nonsense’’, and added: ‘’We’ve confirmed Google has never asked or pressured us or made us agree not to compete with the app store. We’ve submitted documents and testimony that proves this.”

Microsoft, which is currently facing antitrust probes in various markets including EU, the UK, and the US regarding its $69B Activision acquisition, said last month that it wants to build an Xbox mobile game store where it intends to offer Activision’s popular titles like Candy Crush Saga and Call of Duty: Mobile. 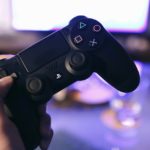