Facebook had said it expects a significant drop in its ad business which was the biggest source of revenue in the first quarter, following the enforcement of Apple’s App Tracking Transparency framework.

According to data from Facebook marketing partner StitcherAds, starting on April 27 – the day after the roll out of iOS 14.5 – Facebook ad spending has continued to increase and the increases remained above 90% both year-over-year and month-over-month.

According to the study, which was conducted with 46 retailers that consistently spent a minimum $300,000 monthly in the past year, shifts in Facebook ad spending between April 3 and April 30 increased by 135.74% year-over-year.

“We checked this first and saw the YoY increases were during a gradual increase in 2020, when brands began to ramp up for ecommerce coverage due to loss of in-store sales,” said Bryan Cano, director of media strategy at StitcherAds.

“They [brands] may see increases in the cost per acquisition,” Cano added. “To maintain the volume of purchases, brands are leaning into the update by increasing spend levels allowing them to reach more audiences and maintain a target volume of sales” he said. 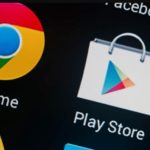