Meta has announced that its Facebook Gaming app will shut down and no longer be available on the App Store and Google Play Store starting October 28, 2022.

The standalone app was first launched on the Play Store in April 2020, but it took a few months longer for the social media giant to bring the app live on the App Store. After being rejected by Apple several times, the company launched its iOS version on August 7 without the instant games feature.

”We want to extend our heartfelt thanks to all of you for everything that you’ve done to build a thriving community for gamers and fans since this app first launched. This was truly a community-led effort to bring new gaming features to Facebook,” the company says in the in-app banner which is currently shown to users.

While the company didn’t provide its reasoning to discontinue the app, it said users will be able to download their gaming app search histories before the app shuts down and continue to access the gaming features by visiting the Gaming section in the main Facebook app.

“Despite this news, our mission to connect players, fans and creators with the games they love hasn’t changed, and you’ll still be able to find your games, streamers and groups when you visit Gaming in the Facebook app,” the notice continues.

The news comes weeks after Meta announced that it has started testing ‘Super’, its new Twitch-like streaming platform which will let streamers make money from subscriptions and donations. 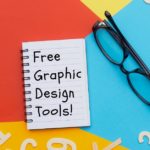