Social media giant Meta has launched the tests of its new livestreaming platform named ‘Super’, which it first started building in late 2020, per a new report from Business Insider.

Just like Twitch, ‘Super’ will let influencers make money from viewer subscriptions as well as donations. The report suggests that the company currently takes no charge from the revenue which goes directly to the streamer.

According to Business Insider, Meta paid between $200-$3000 to lure influencers to the platform, asking them to test it for 30 minutes. The tests are currently being rolled out with less than 100 influencers, such as the famous TikToker Vienna Skye and tech influencer Andru Edwards. Major changes are expected to take place on the platform according to the feedback gathered from the influencers.

In an email to TechCrunch, a Meta spokesperson confirmed the tests, saying, “Super is a small, standalone experiment being built by New Product Experimentation (NPE) and currently testing with a small group of creators.’

And a spokesperson told Business Insider that Super is currently being tested on the web only. “They have been testing it very quietly for about two years. The end goal is ultimately creating the next standalone project that could be part of the Meta family of products,” said the spokesperson.

The news follows the company’s recent announcement that it’d discontinue its live shopping feature starting October 1st, to put more focus on its short-video feature Reels on Facebook and Instagram.

TikTok also started testing a similar feature in the United Kingdom last year, allowing users to purchase products showcased during livestreams. However, as reported by the Financial Times, the ByteDance-owned company cancelled plans to expand the tests to the US and European countries, after struggling to reach its goal in the UK market. 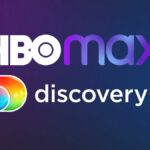