Tech giant Google has said that India’s recent antitrust order could stall the growth of Android in the country, where more than 95% of mobile devices are powered by its operating system.

In late October, the Competition Commission of India imposed a fine of $161 million on Google for ‘’abusing dominant position in multiple markets in the Android Mobile device ecosystem’’. The antitrust body also ordered the company to ease its restrictions on device manufacturers related to pre-installed apps and services.

As reported by Reuters, Google said in a Supreme Court filing that the ruling would force it to make changes to its existing contracts, prepare new agreements, and alter the ones it currently has with over 1,100 manufacturers and thousands of app developers in the country.

“Tremendous advancement in growth of an ecosystem of device manufacturers, app developers and users is at the verge of coming to a halt because of the remedial directions,” said the company in the filing. “Google will be required to make far-reaching changes to the Android mobile platform which has been in place for the last 14-15 years.“

“No other jurisdiction has ever asked for such far-reaching changes based on similar conduct,” the company added.

After the CCI announced its findings late last year, Google appealed the ruling which it said was a “major setback for Indian consumers and businesses”. However, the company’s request was blocked by the National Company Law Appellate Tribunal last week, and it’s challenging their decision at the Supreme Court currently.

Meanwhile, Google had alleged in a previous filing to the tribunal that the CCI copied parts of an antitrust ruling by the EU, which fined it $5.1 billion in 2018 for abusing its market dominance. While the company also lost that appeal, the fine was decreased to $4.12 billion. 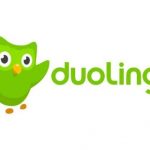