The European Consumer Organisation (BEUC) and 8 of its members announced that they’ve filed a complaint with the European Commission and the European network of consumer authorities against Facebook-owned WhatsApp for violating EU consumer rights with its controversial privacy policy update.

“The complaint is first due to the persistent, recurrent and intrusive notifications pushing users to accept WhatsApp’s policy updates,” BEUC wrote in its press release. “The content of these notifications, their nature, timing and recurrence put an undue pressure on users and impair their freedom of choice. As such, they are a breach of the EU Directive on Unfair Commercial Practices.”

The controversial update was met with a global outcry and mobile users immediately started looking for WhatsApp-alternative apps like Signal and Telegram. Following the criticism, the company postponed the enforcement to May 15 and said it was decided to go ahead with the policy.

In February, WhatsApp announced that users wouldn’t be able to send and receive messages if they don’t accept the updated privacy policy before May 15th. Around the time of the deadline, the company took a step back and said it wouldn’t limit functionality if users don’t accept it

However, the company reportedly still shows users in-app notifications about the updated privacy terms which they can not refuse but just close the prompt.

“In addition, the complaint highlights the opacity of the new terms and the fact that WhatsApp has failed to explain in plain and intelligible language the nature of the changes,” wrote the BEUC. “It is basically impossible for consumers to get a clear understanding of what consequences WhatsApp’s changes entail for their privacy, particularly in relation to the transfer of their personal data to Facebook and other third parties. This ambiguity amounts to a breach of EU consumer law which obliges companies to use clear and transparent contract terms and commercial communications.”

As reported by TechCrunch, a WhatsApp spokesperson said: ‘’BEUC’s action is based on a misunderstanding of the purpose and effect of the update to our terms of service. Our recent update explains the options people have to message a business on WhatsApp and provides further transparency about how we collect and use data. The update does not expand our ability to share data with Facebook, and does not impact the privacy of your messages with friends or family, wherever they are in the world. We would welcome an opportunity to explain the update to BEUC and to clarify what it means for people.’’

This is not the first resistance WhatsApp is facing over its privacy policy changes. The Facebook-owned company also faced similar scrutiny in the US, Australia, India and Germany. 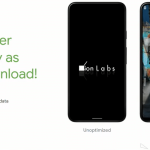