Snapchat has officially launched Snapchat+, its paid subscription plan, that will include exclusive, experimental, and pre-release features. It will cost $3.99 per month, the company announced.

“Today we’re launching Snapchat+, a collection of exclusive, experimental, and pre-release features available in Snapchat for $3.99/month.  This subscription will allow us to deliver new Snapchat features to some of the most passionate members of our community and allow us to provide prioritized support,” Snap said in a blog post announcing the plan.

After the paid subscription plans were revealed by a developer earlier this month, the company confirmed that it is testing the feature.

Snapchat+ will be available at launch in the United States, Canada, the United Kingdom, France, Germany, Australia, New Zealand, Saudi Arabia, and the United Arab Emirates. “We’ll expand to more countries over time,” the company said.

Recently, many social media companies have been experimenting with subscription-based services to further monetize their platforms. Telegram also announced this month that it has launched Telegram Premium. 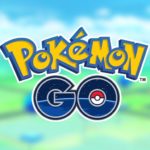