Japanese video game development giant Nintendo announced on Wednesday that its mobile games, which are available in 164 countries & regions, have surpassed 800 million downloads as of October 2022.

‘’This figure, 800 million, is equivalent to the cumulative unit sales total of all Nintendo hardware since we launched Nintendo Entertainment System (Famicom) in 1983,’’ said Nintendo President Shuntaro Furukawa. ‘’The mobile business has seen those same numbers in just the six and a half years since 2016, when we released our first app,’’ he added.

Furukawa said that launching these titles that use its own API has enabled it to reach people in countries and regions that its video game platform is unable to reach.

‘’In the future, we hope to create chances for our IP to draw the attention of those people, which will hopefully lead to them purchasing our dedicated video game platforms down the road,’’ he continued.

On Tuesday, Nintendo also announced that it has joined forces with DeNA to form ‘’Nintendo Systems’’, which will develop and research how to improve Nintendo’s business. 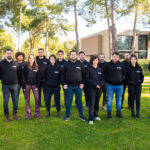