Sandbox games are games with an open or semi-open world and a non-linear story that doesn’t tell players what to do or guide them. So in general, they are games where you are free to play and shape the game as you wish.

Classic video games often give you a gameplay, a story, and an unalterable world. Either in the direction set by the developers or in a different direction, but eventually you get what the game promises you. The purpose of Sandbox is for players to create their own story without depending on the developers’ story.

Sandbox games are often confused with open world games. Many open world games chart a path that you must follow rather than set you free. Whatever you do, you have to follow that path to enjoy or experience the game. Although there are missions and goals that you have to complete in sandbox games, you still have control and you have a free space to use your creativity.

In this article, we have brought together the best sandbox games for iOS, for both fans of this genre and first-timers.

The Best Sandbox Games for iOS

Here are the best sandbox games for iOS to help you better understand the difference between open world games and sandbox games.

Godus, one of the best mobile sandbox games, is also an award-winning game. In the game where you play God, you will rule the whole world, be loved and worshiped by the followers, try to develop civilization and handle much more. Brought to players by Peter Molyneux, the creator of legendary console and PC games like Black & White, Fable, and Populous, the graphics and world presented by the game are quite successful.

Godus on the App Store

Ubisoft’s free-to-play sandbox Growtopia is an MMO game where everyone is a hero. In the game where you can be a queen, a space knight or anyone you want, there are thousands of unique items to help you create your own world, thousands of minigames to have fun, and countless pixel worlds to explore.

Growtopia on the App Store

Although Minecraft’s survival mode makes it an open world game, we can also say that it is a sandbox game thanks to its creative mode. In Minecraft, played by millions of people, you can build almost anything you want, create your own world or discover new worlds, and play with your friends if you wish.

Minecraft on the App Store

Terraria, a 2D adventure game similar to Minecraft, is one of the best sandbox games for iOS with the quality that catches its PC version. In this popular game from 505 Games, you can create multiple sized worlds from scratch and customize these worlds as you wish. You can play the game, which also has a multiplayer mode, for up to seven people. The game, where you can do almost anything from mining to farming, from war to building, is worth a try for fans of the genre.

Terraria on the App Store

Crashlands is a story-based crafting ARPG where you become a galactic trucker whose latest shipment gets derailed by a chin-strapped alien menace named Hewgodooko, leaving you stranded on an alien planet. What you need to do is to retrieve your packages, defeat your enemies, and build yourself a home-away-from-home.

Crashlands on the App Store

Roblox is undoubtedly the most famous name in our list of the best iOS sandbox games. In Roblox, which offers an unlimited virtual universe where you can accumulate experiences that you can share with your friends, you can be anything you want, you can experience anything you want from adventure to sport according to your mood. The game, which offers the opportunity to chat with your friends and a very wide library of experiences, is one of the most successful examples of its genre.

Roblox on the App Store

Rockstar Games’ popular game series Grand Theft Auto is also among the best mobile sandbox games, with games such as GTA San Andreas, GTA III and GTA Vice City. In these cross-platform games, you are free to make any decision and direct the flow of the game to get the most fun out of them.

Rockstar Games on the App Store

Escapists 2, among the most successful examples of the sandbox genre, is also one of the best strategy games for iPhone. You can develop your own methods in the game where you are trying to escape from prison, and you can have this exciting experience alone or with up to 3 friends if you wish.

Escapists 2 on the App Store

OSRS Mobile, a free-to-play MMORPG sandbox game, offers players a lot of flexibility and customization options, including a large map, lots of skills to choose from, missions to perform, and more. 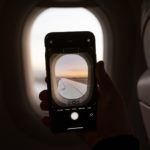