Zombie games, which have an important place among survival games, are played by millions of users on mobile. These games, which attract users with their strong survival, action, and adventure mechanics, generally offer similar stories. It is possible to see the mechanics of different genres such as racing in these games, where you usually try to get rid of a zombie apocalypse. Here are the best zombie games for iPhone that will make you feel the survival instinct and action…

+ The Walking Dead No Man’s Land

Here you can also find the best zombie games for Android if you have an android device.

The Best Zombie Games for iPhone

In Zombie Frontier 3, an FPS game, you will fight for your life and try not to be bitten in an apocalypse where people have turned into zombies because of a dangerous vaccine. The game with very successful graphics also includes 5 challenging bosses, 60 main missions, secondary missions, 2 DLC maps, and many special events celebrated regularly.

Zombie Frontier 3 on the App Store

The Walking Dead No Man’s Land

You manage a group of zombie apocalypse survivors in the turn-based strategy game which Next Games released for free on the App Store on October 9, 2015, as the official The Walking Dead game. Weapons and locations in the game are the same as in the series. The game’s latest update also brings Shane and Beth and Walking Dead survivors from the latest seasons, Alpha, Beta, Yumiko and Princess to collect, upgrade and aid your team of Walking Dead heroes.

The Walking Dead No Man’s Land on the App Store

With over 100 million downloads, 600+ gameplay war scenarios, more than 70 types of gun weapons, and large maps, Madfinger’s Dead Trigger 2 is one of the best zombie games for iPhone.The game, which offers the opportunity to play with touch control or a virtual joystick, is in the FPS genre.

Dead Trigger 2 on the App Store

In Kill Shot Virus, another successful production in the FPS genre, you try to stop the virus and protect the survivors. You can compete against other players in the game, which includes more than 100 missions. Kill Shot Virus is a game that deserves a chance with its graphics and variety of weapons.

In Zombie Idle Defense, a strategy game with RPG elements, you will have to defend yourself together with a group of survivors against endless waves of enemies in a post-apocalyptic world where most of the world’s population has turned into wild zombies.

Unlike the FPS games on our list, you try to escape from zombies instead of killing them in Zombie Road Trip.There are 5 landscapes, 34 unique cars, and 10 weapons in this racing game.

Dead Effect 2, a successful FPS game that stands out with its graphics and sound, also contains RPG elements quite well. Featuring 20+ hours of campaign gameplay and 10+ hours of special missions, it is one of the best examples of the genre.

Dead Effect 2 on the App Store

In Left to Survive, you will try to survive against zombies by using rifles, grenades, shotguns and everything in your arsenal. In the game where you will set up your own base, you can play in single mode as well as participate in multiplayer tournaments.

Left to Survive on the App Store

Into the Dead 2, one of the best zombie games for iPhone, features 7 chapters, 60 stages, hundreds of challenges, an arsenal of powerful weapons, and daily and special events. In this free-to-play FPS, you will be a zombie shooter in a great story with great graphics.

Into the Dead 2 on the App Store

In Plants vs Zombies 2, an action-strategy adventure where you meet, greet, and defeat legions of hilarious zombies, you’ll assemble an army of amazing plants, boost them with Plant Food, and devise the ultimate plan to protect your brain.

Plants vs. Zombies 2 on the App Store 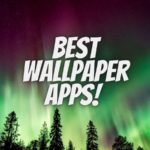