Indian food delivery startup Zomato’s initial public offering, which opens on July 14, is priced at 72 Indian rupees (96 cents) to 76 ($1), giving the company a valuation of up to $8.6 billion, the company announced on Thursday.

Zomato had filed for an IPO in April, two months after it raised $250 million at a $5.4 billion valuation.

“While we had a footprint across 23 countries outside India as of March 31, 2021, we have taken a conscious strategic call to focus only on the Indian market going forward,” Zomato said in its prospectus.

Founded in 2008 and has raised more than $2.2 billion to date, Zomato’s revenue for the financial year ended in March 2021 was $283 million, down 23% year-over-year. The company said it’ll have around $2 billion in the bank after a successful IPO.

“In terms of valuation, financials, and future business prospects, we feel things are going to look good for Zomato in the near-term,” said Shikher Jain, manager, fundamental equity research at Anand Rathi in Mumbai. 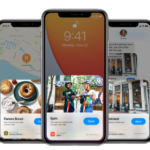