During the first 9 months of 2020, global player spending in mobile games reached nearly $58.7 billion with a 25.7% year-over-year increase, according to Sensor Tower.

This growth is largely due to the ongoing coronavirus pandemic which has dramatically changed the way that we live. Billions of people around the world are staying at home to stay safe and stop the spread of the virus, and many of them are using mobile games more as a form of entertainment. As we mentioned in a previous article, the demand for mobile games grew 45% worldwide in 2020.

And a recent report by Sensor Tower sheds light on the dramatic increase in global player spending in mobile games. According to the company, global mobile game revenue rose by 25.7% and reached approximately $58.7 billion between the first and third quarter of 2020.

Between January and September, Apple’s App Store generated $35.2 billion with a 25.3% year-on-year growth, while player spending on Google Play Store rose by 26.3% to $23.5 billion.

The United States was the top spending country in the world generating around $16.5 billion in revenue, followed by Japan with $13 billion and China with $10.6 billion.

Tencent’s PUBG Mobile was the most lucrative mobile game during the first and third quarter, according to Sensor Tower. The popular game recently surpassed $3.5 billion in lifetime revenue.

The second most lucrative mobile game in the first 9 months of 2020 is also by the same Chinese tech giant Tencent; Honor of Kings which has just hit 100 million daily active users. The title was followed by Niantic’s Pokemon Go which recently surpassed $4.2 billion in lifetime player spending,  Moon Active’s Coin Master and Mixi’s Monster Strike relatively.

The report also shows that the global downloads of mobile games increased by 36.9% year-on-year and reached 42.7 billion during the first 9 months of 2020. While Google Play Store installs jumped up 42.8% to 34.7 billion, installs through App Store hit 8 billion downloads with an increase of 15.9% YoY.

In the first quarter, mobile games installs hit 13.4 billion which later increased 11.9% in Q2 and reached 15 billion. However, there was a slight decrease of 5.3% in the third quarter when downloads reached 14.2 billion.

In the meantime, India was the number one country in terms of downloads having generated over 7.3 billion installs across Q1, Q2 and Q3, followed by the US with 4.2 billion and Brazil with 3.5 billion respectively.

Between January and September, Garena Free Fire by Garena Games was the most downloaded mobile game having generated 220 million installs, followed by Tencent’s PUBG Mobile at No.2 and SYBO Games’ Subway Surfers at No.3. 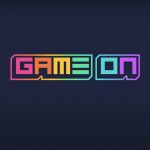