A report on BuzzFeed claims that an account at TikTok was owned by the CEO of Facebook, Mark Zuckerberg. The account opened with the username of ‘’finkd’’ that Zuckerberg uses on Twitter, follows only 61 people.

It looks like Mark Zuckerberg has joined TikTok, a rising social media platform of 2019. A published report on BuzzFeed claims that the CEO of Facebook opened an account on the platform. The report, published on Wednesday, provides some serious evidence that make the theory very believable.

Let’s go back in time first. In 2016, Facebook negotiated to buy musical.ly, the ancestor of TikTok. However, the companies couldn’t come to an agreement. In 2017, musical.ly was acquired by China’s technology giant ByteDance. ByteDance soon founded the video social media network TikTok and its Chinese version Douyin.

But Facebook’s founder Mark Zuckerberg doesn’t seem to give up on TikTok. BuzzFeed revealed a TikTok account with the username “finkd’’ that is used by Mark Zuckerberg on other platforms. Business Insider wanted to talk to Facebook about the secret TikTok account. However, the social media giant did not make a statement on the issue.

Mark Zuckerberg is known to use the nickname finkd on Twitter. The TikTok account, which is claimed to belong to Zuckerberg, also has a modest number of followers. Zuckerberg’s alleged account follows famous names like Selena Gomez and TikTok celebrities like Loren Gray and Jacob Sartorius.

The account hasn’t shared anything and has not been confirmed by Facebook or Zuckerberg yet. You can see the report of BuzzFeed user from here. 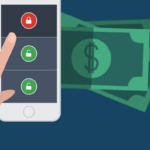 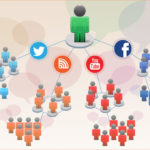