15 state attorneys general led by Montana’s Austin Knudsen asked Apple and Google to raise the age ratings of popular short video app TikTok on their mobile app stores by the end of 2022.

“Parents are the first line of defense, but their job is being made more difficult by ratings that misrepresent the true content found on the platform,’’Attorney General Knudsen said in a press release. ‘’It’s past time for Apple and Google to do their part in helping parents keep their kids safe online and increase their TikTok ratings.”

The group stated that they can take legal action against the tech giants if they don’t make the changes they demand.

Following the announcement, a spokesperson for TikTok said: “One of our most important commitments is supporting the safety and well-being of teens, which we strive to accomplish through robust safety policies and parental controls, age-appropriate account settings and over 40,000 safety professionals dedicated to keeping our community safe and welcoming.”

Google and Apple haven’t shared a comment about the matter yet.

The news comes a week after Indiana filed two separate lawsuits against the ByteDance-owned platform accusing it of exposing young users to harmful content and not disclosing the potential of the Chinese government to access users’ data.

“The safety, privacy and security of our community is our top priority“, a TikTok spokesperson said, adding that the company is ready to address “all reasonable US national security concerns“.

TikTok also came under fire by a Forbes report in October, which alleged that its owner ByteDance was planning to use the app to track the location of certain US citizens. The company strongly opposed the report, saying ‘’TikTok does not collect precise GPS location information from US users, meaning TikTok could not monitor US users in the way the article suggested’’. 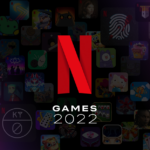