The round also saw participation from VidMob’s existing backers including ID Fund and Drive by DraftKings, and new investors including eGateway and PROOF.

The company said it’s seen a 110% annual increase in its revenue over the last four years, as it managed to get new customers to join its platform and existing ones to be more active.

The company said it’d use the funding money to enhance its platform, continue its investments and grow its global footprint.

“We are proud to have had Shamrock Capital lead our latest investment, which will accelerate the power of creative data to help customers, agencies and brands refine their messages to be more clear, powerful, and effective,” said VidMob’s co-founder and chief executive officer. Alex Collmer. “Their investment is a testament to the quality of VidMob’s technology, the positive impact that our customers experience every day, and the opportunity ahead,” he added.

Sources familiar with the matter said that VidMob has raised $210 million and its valuation is now standing at $500 million, as reported by the Wall Street Journal. 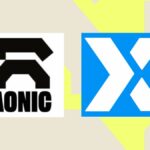