According to a new study by Mozilla, most period and pregnancy tracking apps fail to offer transparent guidelines on data sharing with law enforcement.

Period and pregnancy tracking apps have been under fire since the Supreme Court’s Roe v. Wade ruling. While users immediately started warning others on social media to remove such apps from their phones expressing privacy concerns, a series of apps including Natural Cycles and Flo Period Tracker had announced that they were working on data anonymity.

According to the report, the majority of these apps  ‘’have vague boilerplate statements with no clear guideline on when and how much user data could be shared with U.S. law enforcement’’. While 18 apps received the company’s ‘Privacy not included’ label, only the Euki app was included in its ‘Best of’ category. Furthermore, the Sprout Pregnancy app didn’t even provide a privacy policy, the study found.

In addition, eight apps including My Calendar Period Tracker, Maya Period and Fertility, and Ovulation & Pregnancy didn’t meet the company’s minimum security standards, by allowing users to set weak passwords like ‘1’ or ‘1111’.

“Overnight, apps and devices that millions of people trust have the potential to be used to prosecute people seeking abortions,’’ said Ashley Boyd, Mozilla’s Vice President of Advocacy.  ‘’Our research confirms that users should think twice before using most reproductive health apps; their privacy policies are riddled with loopholes and they fail to properly secure intimate data.” 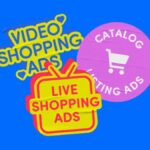