India’s mobile advertising technology company  InMobi is planning U.S. IPO by the end of 2021, a person familiar with the matter told Bloomberg. A successful debut could make InMobi the first of India’s unicorns to directly list in a U.S. stock exchange.

The IPO process could kick off in a few weeks, when its board is set to meet to consider a listing, said the person. The size of the offering could be as large as $1 billion, valuing InMobi at $12 billion to $15 billion, according to the person.

InMobi is about three months from filing an S-1 statement, a registration document submitted to the U.S. Securities and Exchange Commission, and plans an IPO roadshow after that, said the person.

Among the banks in talks to work on InMobi’s listing are JPMorgan Chase & Co., Goldman Sachs Group Inc. and Citigroup Inc., said the person, who asked not to be identified talking about a confidential matter.

Ad tech industry is so hot right now with acquisitions and IPOs. AppLovin announced it has publicly filed for an IPO earlier this month, while ironSource announced last week that it has agreed to go public through a merger with a SPAC at $11.1B valuation.

In February, Applovin acquired mobile measurement company Adjust. A month after the announcement of its AdColony acquisition, Digital Turbine announced that it has acquired mobile app monetization platform Fyber for $600 million. 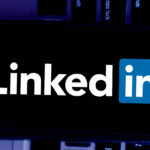