California-based mobile gaming and advertising company AppLovin said on Monday that it has withdrawn its initial proposal to merge with Unity, and that it doesn’t plan to submit a new one.

‘’AppLovin concluded that its path as the independent market leader is better for its stockholders and other stakeholders,’’ said the company in a press release.‘’AppLovin will move forward with the intention of continuing to gain market share and expand its platform.’’

‘’We remain excited about the long-term growth potential of our core markets and AppLovin,” added AppLovin’s Chief Executive Officer and Co-founder Adam Foroughi. “Our experienced and dedicated team will continue to focus on what we can control, including continual improvements to our products and technology and expanding into newer high-growth markets.”

Applovin announced its offer to acquire AppLovin in an all-stock deal valued at $20 billion in early August, weeks after Unity unveiled a merger deal with Israeli app business platform ironSource.

Unity rejected Applovin’s offer soon after, saying that its board of directors did a detailed financial and strategic evaluation and came to the conclusion that ‘’it is not in the best interests of Unity shareholders and would not reasonably be expected to result in a “Superior Proposal” as defined in Unity’s merger agreement with ironSource.’’ 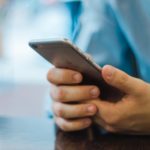