Popular language learning app Duolingo said its phrase for the year is “I am mentally exhausted”, which appears as part of its Japanese course and seems to reflect the tone and overall feeling of 2021 nicely.

The company also launched its second global Language Report examining the language trends and user behaviours based on data from its 500 million registered users worldwide. According to the report, approximately 10 billion lessons were completed and 15 billion words were learned on Duolingo in 2021. The report also found that 25 million people worldwide were learning more than one language.

According to the report, the top ten languages studied on Duolingo around the world (in order): English, Spanish, French, German, Japanese, Italian, Korean, Chinese, Russian, Portuguese. During the pandemic, 80% of people who started a new language on Duolingo used the mobile app to learn.

In 2021, Asian languages, especially Japanese and Korean, attracted learners worldwide building on the impressive growth observed in 2020. Japanese is the 5th most popular language to learn, surpassing Italian worldwide, and is the fastest growing language in the US and UK.

Duolingo said the hardest-working countries that completed the most courses per learner in 2021 were (respectively): Czechia, Japan, Belarus, Germany and Hungary.

Like Spotify, Duolingo gives users a snapshot of how they spent the year. Starting today, if you’ve completed at least 10 Duolingo lessons in 2021, you can personally see what kind of language learner you are based on how many lessons you’ve taken and how many hours you’ve spent learning language on Duolingo. 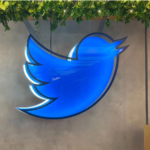