In the past, Facebook used data to associate one account with another, such as email address and phone number, to advertise on both a user’s Facebook and Instagram accounts. “We counted someone with multiple accounts as one person,” the company explained in a blog post.

Graham Mudd, vice president of product marketing for ads, said Facebook will now stop linking accounts in this way unless users explicitly request it from the company, or unless people use certain features that link accounts together, such as cross-posting on Instagram and Facebook at the same time.

“As we roll out this methodology update, advertisers may see an impact to campaign planning estimates and performance reporting for unique metrics. There will be increases in pre-campaign estimates such as estimated audience size, but for most campaigns we do not believe this will have a substantial impact on reported campaign reach.” said Mudd.

Facebook staged this change in September by launching a single sign-on center called Account Center that allows users to manage their settings across apps. When Account Center was first launched, its stated purpose was to make Facebook, Instagram, and Messenger more compatible for users.

Graham Mudd said that the update “aligns with trends of offering people more control over how their information is used for ads and is consistent with evolving advertising, privacy and regulatory environments.” 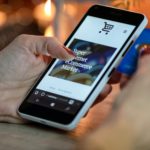