The Korean Communication Commission (KCC) said on Tuesday that Apple has submitted its compliance plans to let developers use third-party payment options in apps in South Korea.

The KCC said Apple plans to allow alternative payment systems for a lower service fee compared to the current 30% commissions.

In late August, South Korea’s parliament passed a bill which bars tech companies operating app stores in the country including Apple and Google from requiring developers to use their own payment systems that charge them up to 30%. The KCC asked Apple and Google to submit compliance plans after the bill was passed.

In November, Google announced its plans to comply with the law by allowing third party payment options in the country.

“We respect the decision of the National Assembly, and we are sharing some changes to respond to this new law, including giving developers that sell in-app digital goods and services the option to add an alternative in-app billing system alongside Google Play’s billing system for their users in South Korea,” Google had said in a statement.

KCC also said it plans to discuss with Apple to determine more details, including service fee structures and when exactly the payment option will take effect.

“Apple has a great deal of respect for Korea’s laws and a strong history of collaboration with the country’s talented app developers … We look forward to working with the KCC and our developer community on a solution that benefits our Korean users,” Apple said in a statement. 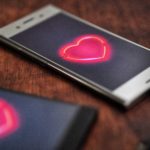